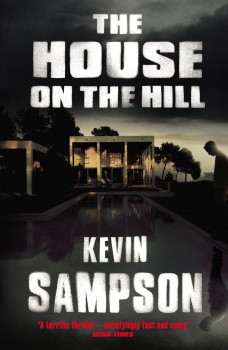 The House on the Hill

A young runaway who contacts disillusioned DCI Billy McCartney brings back memories of his most traumatic case – and a renewed pursuit of a ruthless drugs gang.

This is the second in the DCI Billy McCartney series, although it can equally be read as a standalone. McCartney is targeted at what I would perhaps snobbishly call the Grand Theft Auto audience: bags of impossible action, loads of any kind of sex you care to imagine, as much violence as you can stomach, set in exotic places and featuring rather more exotic characters. Ian Fleming did it all in a rather more tasteful manner 50 years ago and there have been plenty of imitators since.

But to be fair, this two-part shoot ’em up is well written. McCartney himself is an interesting character and a mass of contradictions. Apparently a rough diamond as befits an undercover operative, he has a strong moral core and something of a knight in shining armour complex. Events, both in his childhood and his career, have affected him emotionally and he carries an aura of loneliness with him. He is driven by a sense of right and wrong, but intelligent enough to recognise and strong enough to overcome fear when his quest takes him into danger.

McCartney is forced to relive the most traumatic incident of his career, both professionally and personally, when a young runaway turns up on his doorstep. The story she tells him takes him back to the 1990 drugs and sex heyday of Ibiza, and a failed investigation rooted in the club scene, and launches a new pursuit of a violent and vicious drugs dynasty in the hills of Morocco.

That’s where it all falls down. The other characters are simply caricatures. Nasty Scouse drugs dealer J-J Hamilton, depraved drug lord Hassan El Glaoui, various Spanish policemen, either over-ambitiously stupid or venal, a dubious IRA link, Arab terrorists and assorted villains from the Turkish underworld of north London. Without exception, all are two-a-penny, stock B-film characters.

The time-lapse story works well, however tenuous the link, and Kevin Sampson’s presentation of the crazy sex and drugs heyday of Ibiza, underlined by references to the music of period, together with some almost lyrical descriptions of the landscape of the Rif mountains of Morocco, are almost cinematic. But this is to a large extent spoiled by his constant emphasis on the more sordid and violent details. If they are meant to unsettle, they fail – we’ve seen it all before. Even the lesbian love story somehow smacks of ‘what twist can I chuck in next’, rather than an emotional experience.

There’s undoubtedly a market for this kind of book, but I’m not that market.