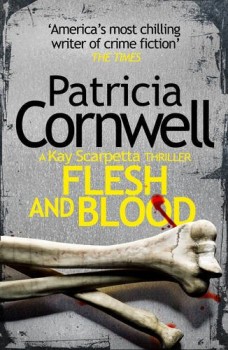 On Kay Scarpetta’s birthday, her plans are disrupted by the shooting of a musician outside his house – and there are similarities to two recent unsolved murders in New Jersey.

It is Kay Scarpetta’s birthday. She and her husband Benton are having a leisurely breakfast when she notices a row of polished coins lined up on their garden wall. They have plans for a vacation in Florida, but the shooting of music teacher Nari Jamal outside his house means that the plans have to be put on hold.

The shooting appears to be the work of a sniper and bears a striking resemblance to two previous murders in New Jersey. The bullets have been polished just like the coins and Kay worries that someone is trying to send her a message.

As Scarpetta and Detective Marino investigate, it becomes apparent that Jamal’s wife has not been honest. She has been accused of an inappropriate relationship with a 15-year-old boy and panicked when contacted by the police. Their enquiries lead them to an unscrupulous insurance investigator and to the murder of a young girl at a deserted house.

When Scarpetta is called to Florida to carry out a post-mortem examination on a politician, a figure from her past emerges to tie together the threads of the case. Is an old adversary back on the scene?

Although it is an entertaining read, this is in some ways an unsatisfactory book. The plot is as complicated as you would expect from Cornwell, but it constantly refers back to events in earlier books in the series, which is fine for devotees, but irritating to those who have not read the previous books. It feels like a transitional book, one that makes sense in the context of the series, but struggles to stand alone.

I also had the impression that Scarpetta is becoming distinctly menopausal. She seems to be excessively paranoid, even given the dangers of her job, and is constantly irritated with her colleagues and with the world in general.

Having said this, fans of Cornwell will not want to miss this book. The writing is up to her usual high standard and the forensic detail is as accurate as ever, but there are just too many references to earlier books.