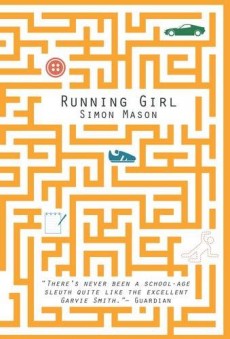 When Chloe Dow’s body is found in a pond, Garvie Smith isn’t very impressed with the police investigation into her murder. The only problem is that Garvie’s still at school and is meant to be revising for his exams, not sticking his nose into other people’s business.

Teenager Garvie Smith has an exceptionally high IQ, but that doesn’t cut any ice with his mother or his teachers at Marsh Academy, as he’s so bone-idle he always manages to get the lowest grades in the school. But this time around, his mother’s had enough, and presents Garvie with an ultimatum: pass his exams or she’ll up sticks and move back to Jamaica, taking Garvie with her. But Garvie doesn’t want to go, and although he could no doubt get decent grades if he knuckles down and does some work, there’s something that rather gets in the way of his revision – the small matter of the murder of his ex-girlfriend, Chloe Dow.

Garvie’s not exactly the emotional sort, but he does like a puzzle. There are various things about Chloe’s death that really don’t add up, and Garvie very definitely likes things to add up.  Complex numbers is one of the things he enjoys thinking about, even if it does usually look like he’s doing nothing more than lying in his bed staring at the ceiling. When it comes to the murder investigation, Garvie’s puzzled by a lot of things, such why Chloe was running in an area that she would normally have avoided, why her running shoes didn’t match the rest of what she was wearing, and why the police aren’t asking the right questions.

In particular, Garvie wants to know why DI Singh isn’t asking the right questions. But the policeman doesn’t think he needs Garvie’s help. He’s ambitious, methodical and very much in the spotlight on this case as Chloe’s murder is all over the papers and getting more high profile by the minute.

Garvie’s highly intelligent and equally exasperating, especially where Singh is concerned. Everywhere the DI goes he encounters Garvie, and every time Singh thinks he’s getting a grip on the case, something goes wrong, leaving him with more questions than answers and an ever-growing amount of collateral damage, especially when one of his chief suspects commits suicide amidst yet another media storm.

Garvie Smith and his friends smoke, drink, swear, take drugs and generally act like world-class pains in the arse, but they’re also loyal, intelligent and resourceful. Their dialogue is sharp and funny, they come over as real people, as do all the adults that they’re driving to distraction, and eventually even DI Singh learns that he needs to start bending the rules around Garvie.

Simon Mason’s storytelling is witty and entertaining, and the plot is as intricate and multi-layered as any adult crime novel, proving once again that the young adult sector of the market can be every bit as riveting as any other.