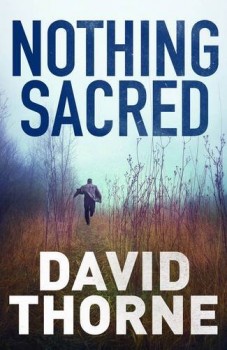 Lawyer Daniel Connell helps out an old girlfriend and finds himself landed with a new client, one who won’t take no for an answer.

When lawyer Daniel Connell is approached by old girlfriend Vick, who is about to have her children taken into care, he agrees to assist. Vick’s life has fallen apart after a series of strange and inexplicable events. Daniel contacts her estranged husband Ryan who turns out to be in serious trouble with the Blake family, Essex villains with a very nasty reputation.

Unfortunately, this brush with the family encourages Connor Blake, in prison for a murder, to take an interest in Daniel. Connor is a man entirely without conscience who has a gang of sadists ready to do his bidding. With his girlfriend Maria under threat, Daniel sees little option but to acquiesce to Connor’s insistence he become the man’s lawyer, and then to further demands well beyond the bounds of professional duty.

Daniel also finds himself estranged from his best friend Gabe, a soldier invalided out of the army after losing a leg in Afghanistan. Although Daniel would like to help, Gabe is close-mouthed about the reasons why he has been receiving threats from other ex-soldiers. With the friends both facing deadly challenges some innovative thinking will be required for the pair to emerge unscathed.

Without giving much away, the eventual solution to Gabe and Daniel’s problems is visible well in advance, and delayed in implementation largely through the perplexing unwillingness of the pair to discuss their problems. Likewise, Daniel declines to let Maria know anything about the risks she faces, on the grounds he is too ashamed of having failed to protect her from threat. All this lack of communication of course allows the author to prolong the suspense and the angst of the participants, including primarily Daniel, who narrates the story in the first person.

The drama is further emphasised by various devices, none very well hidden. Cold weather, gritty urban locations and implacable villainy from the bad guys are fair enough. But why does the protagonist have to run into every situation with fists cocked, when experience should surely have taught him to know better? He records a telephone message from Connor with a clear threat, and immediately deletes it, one can only assume to remove any possibility of police assistance so that Daniel needs to find his own solution.

David Thorne has an impressive list of radio and TV comedy credits, and East of Innocence, the first Daniel Connell book, is said to be optioned for a TV series. In Nothing Sacred, one can see the TV potential: the dialogue is tight and no great modification to the text would be required to develop a screenplay. For a reader, however, the text lacks the subtlety which would substantiate the characters as something more than cogs in a plot-driven machine.