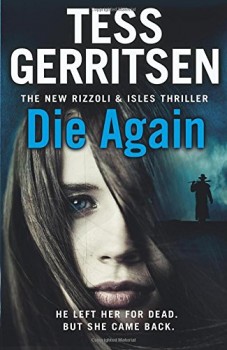 Six years ago, a group of tourists disappeared on safari in Botswana. Only one escaped barely alive. Now in Boston a well-known hunter and taxidermist is found hung up and gutted like a deer. As Detective Jane Rizzoli investigates, connections emerge between the two incidents.

Six years ago, seven tourists with their bush guide and a tracker embark on a camping safari in Botswana. Only one is ever seen again. The sole survivor, an English girl named Millie Jacobson, emerges from the bush barely alive and recounts how the guide slaughtered all the rest of the party and disappeared into the night.

Now in Boston, a well-known hunter and taxidermist, the father of one of the missing tourists, is found hung up and gutted like a deer. Mixed with his organs, forensic pathologist Dr Maura Isles finds the organs of a big cat. The investigation takes Detective Jane Rizzoli to the local zoo, where it becomes apparent that a valuable snow leopard pelt is missing.

When another body is found, it is clear that a serial killer is at work. Searches of the police database reveal other similar unsolved murders across the country. Could they all be the work of the same killer?

Jane travels to South Africa to interview the surviving tourist and persuades her to visit Boston in the hope that she can identify the killer. Has the tour guide survived and returned to continue his killing spree or is the solution much more sinister?

This is the 11th book in the Rizzoli and Isles series following the fortunes of Detective Jane Rizzoli and forensic pathologist Dr Maura Isles. The relationship between the two women is a major factor in driving the plot forward and their contrasting approaches combine to achieve the solution to the murders. Jane’s husband, FBI Agent Gabriel Dean, also plays a major role in this story, accompanying Jane to South Africa and contributing FBI resources to the investigation.

As ever, the writing is assured and the plotting is satisfactorily convoluted. Taking Jane and Gabriel to South Africa gives the author the opportunity to explore landscapes outside her usual New England settings. The descriptions of the African bush are vivid and it is easy to imagine Millie’s panic as her companions are slaughtered and her desperation as she tries to survive alone in a hostile environment.

Overall, this book maintains Tess Gerritsen’s usual high standards. Whether you are a fan of her books, the TV series or both, this is a book well worth a read.