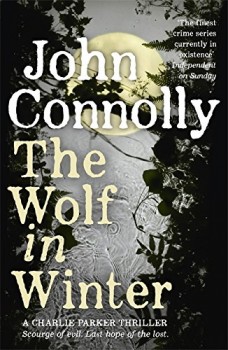 The small town of Prosperous, Maine, lives up to its name. Founded early in North America’s history by a religious group known as the Family of Love, its centrepiece is a church brought stone by stone from a village in north-east England and decorated with images of the Green Man and other pre-Christian symbols. But Prosperous has a deadly secret.

In Prosperous, a young girl is killed as she tries to escape from her captors. Meanwhile, in the city of Portland, Jude, a homeless man dies, hanged in an abandoned basement. It is apparently a suicide, but PI Charlie Parker is not so sure. Jude is a well-known figure around the city and it is known that was calling in debts in order to pay for a trip north to look for his missing daughter.

As Parker follows the clues surrounding the old man and his daughter, he finds himself drawn to the town of Prosperous and, despite the efforts of the townspeople to dissuade and confuse him, uncovers the deadly secret to its success.

Unfortunately, even beyond Prosperous, powerful people are unhappy at Parker’s investigations and move to take action against him. Can Parker survive and can his associates uncover the plot against him?

This book starts with what is obviously an ongoing story from previous episodes. From the start there are graphic descriptions of violence, as the story is told from Parker’s perspective. The background varies from the city streets of Portland and New York to the small towns of Northern Maine to a magical other dimension where Parker contemplates the possibility of his own death. There is a strong magical element to this book on several levels.

I did not feel that the wolf of the title added anything to the story. While there may have been parallels between his journey and Parker’s, it felt somewhat contrived. The plotting is otherwise satisfactorily convoluted, although it took a while before the apparently disconnected plot strands started to combine and the whole story emerged.

Overall, this is an enjoyable book with supernatural elements that keep the reader guessing to the last page. It’s well worth a read.