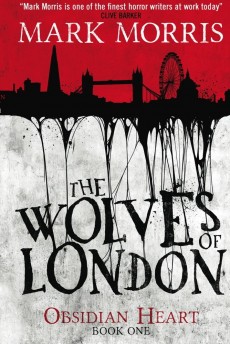 The Wolves of London

Alex Locke is doing his best to put his unsuccessful foray into crime behind him and live a normal life, but when one of his daughters is threatened, Alex has to turn to an old acquaintance from prison for help, and things go rapidly downhill from there.

When Alex Locke was a teenager, he got involved with the wrong people and ended up taking part in an armed robbery. When one of his mates grassed him up, Alex ended up doing a long stretch in prison. But he’s back on the right side of the tracks now, working as a college lecturer in psychology and doing his best to bring up his youngest daughter Kate on his own, with some help from his neighbours.

Family matters to Alex, and when he hears that his oldest daughter, Candice, has been threatened as a result of her boyfriend getting duped in a drugs deal and ending up on the wrong side of some nasty people, he can’t just stand by and do nothing. He hasn’t got the money to pay off the people threatening his daughter, so in desperation he turns to someone he met while he was in prison for help and advice.

In return, Alex is asked to steal something, a human heart carved from obsidian, owned by a reclusive collector of strange artefacts. It should be a simple job, but when the attempted burglary goes horribly wrong, Alex finds himself involved with things well beyond his understanding. His youngest daughter is abducted and Alex finds himself involved with the shadowy and terrifying Wolves of London, who will stop at nothing to get their hands on the obsidian heart.

Mark Morris cleverly blends crime and urban fantasy together to create a darkly fascinating look at the murky underbelly of London, throwing a dash of horror and a pinch of time-travel along the way, as Alex Locke struggles to learn how to wield the power of the artefact that the Wolves of London are all too eager to get their hands on.

As the cover proclaims Obsidian Heart to be book one of the Wolves of London series, I wasn’t expecting everything to be wrapped up by the end, and so it came as no surprise when that proved to be the case. Morris has another two books up his sleeve and on the strength of this outing – very reminiscent of Mike Carey’s Felix Castor series – I’ll happily come back to see how Alex Locke and his intriguing side-kick, Frank, the time travelling soldier from the trenches of World War 1, get on in book two.