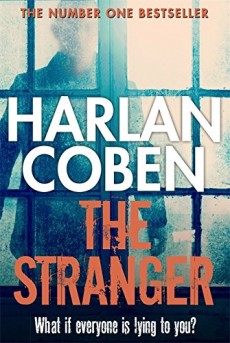 Adam Price and his family are living the American dream – until a stranger walks up to him and shares a secret from wife Corinne’s past. And then she disappears.

You know pretty much what you’re going to get with Harlan Coben’s pacey standalones – white-collar bloke has seemingly idyllic life with wife and sprogs in small-town America, until an incident in the past comes along to put the boot in. And social media usually plays a part as well.

Adam Price is happily married to Corinne, and they have two sons. Thomas is a star player in the lacrosse team, and his mother is a committee member. One day a stranger walks up to him and shares a secret from Corinne’s past. Adam confronts her, and she asks for some time. And then she disappears.

It soon becomes apparent that the stranger has others in his sights and is willing to blackmail people by threatening to plaster their secrets across the internet.

Coben excels at showing the truth beneath the American dream. It may look picture-perfect on the surface of this small town where the residents congratulate themselves regularly on how they’re living the dream. But there’s unemployment, cooking the books, affairs, lies and worse when you scratch off the gloss.

Even though you sometimes think you’ve seen most of Coben’s character types in previous books, there is always a stand-out supporting cast, including the teenage sons struggling to cope with what’s going on in their lives, Adam’s eccentric colleague with dubious taste in music, and a bullying lacrosse coach.

You’re in safe hands with Coben, who rarely misfires with his novels. The Stranger is a damn good page-turner, with a couple of punch in the gut scenes late on. And it’s much to his credit that you don’t get easy answers. The stranger and his sidekicks are a touch under-drawn, and sometimes their motivation for confronting people isn’t always convincing.

I started reading The Stranger feeling that it was going to be same old, same old from Coben. But I was hooked from the start – and sufficiently invested to squawk at the ending! I adored Coben’s off-beat Myron Bolitar series, but the standalones show what a confident and classy storyteller he is.