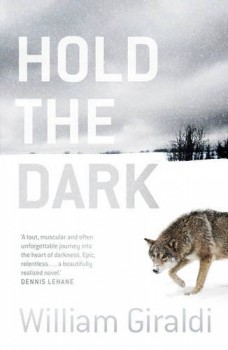 Wolf specialist Russell Core receives an appeal from a mother seeking recovery of her son’s body after a wolf attack.

Russell Core is the author of several books on wolf behaviour, and when Medora Sloane’s six-year-old son Bailey is taken by wolves, she writes to him seeking help. Core arrives at Medora’s cabin in the small isolated village of Keelut deep into Alaska and finds that although winter has barely begun, the temperature is below freezing point and snow lies deep.

After a disturbing night, Core makes a brief exploratory reconnaissance and finds signs of wolves, but little of the missing boy. He returns to the cabin to find Medora gone, and then discovers Bailey, strangled, in the cellar. The police are informed and Vernon, Medora’s husband, is called back from the Middle East where he is serving with US forces.

If things have been surprising up to this point, they now become astonishing. Several deaths occur and Vernon takes off into the tundra after Medora, helped on his way by childhood friend Cheeon. When the police attempt to take Cheeon in for questioning, more deaths follow. Baffled by the turn of events, the police turn to Core, who seems to have been selected by the Sloanes for some purpose, and may hold the key.

The challenge to life in the far north holds a fascination that has inspired many tales. William Giraldi depicts this world convincingly, not only the natural landscape and wild creatures that eke out an existence within it, but also the oddities of the humans who survive there, and the way they live. The animist beliefs sustained by the isolation and trials of life are central to the plot and feel credible.

Unfortunately, this power of description can only take the reader so far, and for some the sustained string of deaths will be inexplicable. Giraldi is careful to point out, through Core, that wolves kill only when driven to it by hunger, so the wolf motif is no explanation. Neither is Vernon’s apparent proximity to death and killing in the Middle East used as justification, and there is no suggestion he is a psychopath.

So what we have here is a very dark tale, replete with mystifying compulsions of several main characters, related to primeval urges (possibly) but for reasons largely obscure to the police, and the main protagonist. A fairly late revelation about Vernon and Medora does at one point suggest a reason for Bailey’s death, but that also evaporates. A reader who likes the ends neatly tied up may well find this frustrating.

Nonetheless, this is a work of some power and quality likely to entertain those who like the thrill of the frozen north. It was interesting to realise from remarks about the length of the shortest day that the latitude of Keelut is not too different from that of UK. Thank God for the Gulf Stream.