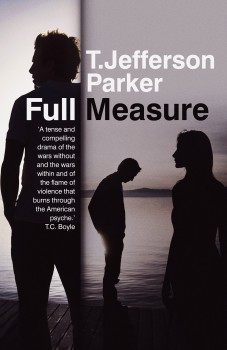 A marine returns from Afghanistan to find his parents’ avocado ranch devastated by fire, and many other sources of tension in his hometown.

Patrick Norris returns from a stint in Afghanistan in trauma from the stresses of front-line service, but his hometown of Fallbrook, in the foothills of San Diego, provides no easy place for rest. The family avocado trees have been seared by a district-wide fire, and the community is on edge when it is revealed that the fire was deliberately set.

The fire has come as a further blow to locals already damaged by the financial crash, and at home Patrick’s brother Ted is, as usual, giving the family concern. Ted is a little strange, with a creepy personal manner and weird preoccupations, including an anti-government political bent which has drawn him into the orbit of some very unpleasant people.

Patrick tries to settle: he begins a relationship with a local journalist Iris, buys a boat to generate an income from sport fishing, and helps his father get the avocados back to producing fruit. But between difficulties on the farm, problems arising out of his military service, and the need to look after his brother, life is not always going to run smooth.

While the are a number of crimes in this book, the content touches on a number of themes including the effects of the Afghan War on returnees, the challenges a family, and particularly a sibling, face in dealing with an aberrant family member, and the impact of the recent financial crisis on small-town life. To better develop these themes, we see action through several eyes, including Patrick and Ted, Iris, and the local mayor and financial advisor Evelyn.

These issues give the novel a scope extending to many widespread contemporary concerns, but the dramatic impact of a close focus on a particular crime is rather dissipated. There is plenty of tension arising from the various questions raised: whether the family will be able to keep the farm, whether Ted will fall victim to manipulation by the bad elements in town, and so on. However, the key protagonist Patrick generally copes very well, and is never seriously in danger, so the reader is not prone to undue concern about his survival.

The greatest uncertainty revolves around Ted: he is clearly a disturbed young man, and from the insight given into his thoughts it is evident that sooner or later he will feature in some terrible event. The way things pan out do not seem far-fetched, and the story as a whole hangs together as a believable tale. The slow pace at which the plot rolls out does however deprive the tale of some of the energy which could have been generated.