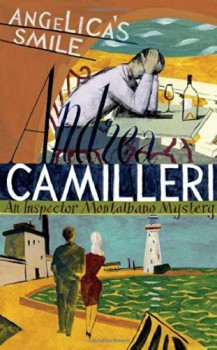 A series of burglaries occur in the home town of Inspector Montelbano. During his investigations he meets a young woman, but fact and fiction become mixed up in his mind. Will he be able to solve the mystery of the burglaries before there are any tragic consequences?

Inspector Montalbano is called to a burglary in a wealthy district of his home town. Despite the robbery looking professional he asks for a list of the house owners’ friends. Another burglary happens, then another, all with similar characteristics. Eventually Montalbano receives a letter, challenging him to prevent further burglaries.

During his investigations he comes across a beautiful young woman who reminds him of the heroine of some classical literature studied in his youth. Things become complicated. Eventually he makes progress and, as always, begins to solve the mystery.

The plot is complex and fast-moving. The ancient story, Aristo’s Orlando Furioso, is woven through the text very deftly so that the modern story mimics the ancient one and draws Montalbano through a pre-set path, almost to his undoing.

The novel is full of interesting characters. Montalbano himself is drawn as an attractive and likeable man but with perhaps more than the usual collection of faults and weaknesses. He can be forgiven his love of food and exercise, and even his love of attractive women, although this latter gets him into a lot of trouble.

His rather vague and sometimes indecisive manner, however, leads indirectly to tragic consequences at one point, which surprisingly does nothing to damage the regard in which he continues to be held. Not many inspectors in literature can have made such a glaring mistake without denting their reputation with the readers.

The other characters are also well drawn, depicting people with a range of facets and mannerisms. However, the use of a peculiar style of dialogue, particularly for the character of Catarella, has the effect of reducing him to a stereotype of stupidity. And yet at times this is countered by reference to his ability with the use of computers and of his facility with playing games of strategy on the computer. If Catarella is meant to represent someone with a specific disability then it seems unnecessary to make him a laughing stock and reflects perhaps a perception that is out of tune with current thinking. Humour, though, is one of the things that make these stories so enjoyable so how to address this dichotomy?

Apart from that criticism there are so many more good things to say about the novel: the slick writing, the way the chapter breaks don’t impinge on the story, the wonderful pace, the page-turning compulsion, the interesting notes at the back of the book and the delight in finding yet another new title to enjoy.