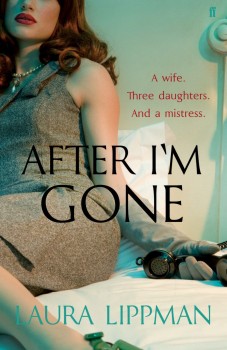 Felix Brewer knows how to make money, but not always legally.  When the law catches up with him he decides to disappear, leaving family and friends behind.

Felix Brewer is due to be sentenced to a term in prison.  He decides instead to disappear and with the help of his girlfriend he flees the country, leaving family, friends and the girlfriend behind.  Some years later the girlfriend is found murdered.  Sandy Sanchez, a former detective but now a consultant, takes up the investigation as a cold case.

Although there is a murder and therefore a killer to be found, there is no sense of urgency in the book until the final few chapters.  Until that point the book is mainly about the lives of the people left behind and of their offspring. The only concerns seem to be of a superficial nature, mainly about the love lives of the daughters or the furnishings of the houses.

It might be argued that the characters represent damaged people. Indeed, the context in which the story is set represents a way of life that allows them to thrive in the story but doesn’t appear to allow much exploration of the real damage that the victims of a disappearance, such as that of Felix, could suffer in practice.  However, the characters, whilst unpleasant, are carefully developed and believable.  They match many of the stereotypes of an American consumer society.

The structure of the book is not straightforward and the chapter headings, which are all dates, need to be looked at carefully.  The story progresses in a linear way across some of the chapters, but these are interspersed with flashbacks which, on the whole, are written in the same style and also follow a linear progression of their own.  This unusual ordering of the chapters underlines the fact that there is no need to maintain any kind of suspense, as the focus of the book is just the relatively boring lives of those that Felix left behind.  The book is long and the actual crime fiction part of it could perhaps have made for a much better story without some of the other intervening chapters.

Although this is a very readable book, it is neither an in-depth psychological exploration of a crime or of the consequences of a crime, nor is it a suspenseful thriller.  Whilst the context may appeal to some there is perhaps just too much time devoted to the everyday lives of the characters.