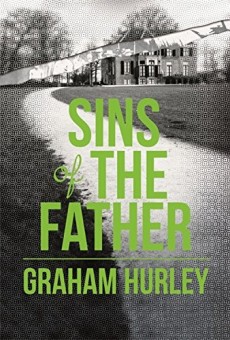 Sins of the Father

DS Jimmy Suttle’s marriage has broken up, his daughter is dead and a stomach-churning murder on his Devon patch leads him to Africa.

A new job in Devon hasn’t exactly been a bundle of laughs for DS Jimmy Suttle. His marriage broke up amidst the setting of a damp and gloomy rural cottage. Wife Lizzie took the daughter Grace back to Portsmouth – and now the little girl is dead.

Graham Hurley wrong-foots us from the start in Sins of the Father. We know something has happened to Grace, but not exactly what. The story is drip-fed through the novel – and it’s a neat conceit, as it mirrors Lizzie’s own efforts to make sense of what happened and to produce a book of her own on Grace’s story.

Jimmy, meanwhile, has thrown himself into his work. And his latest case is a grim one – Rupert Moncrieff is found hacked to death in his rural mansion. No one, though, least of all the old man’s son and daughter, seems too upset at his demise, and it becomes apparent that he was a thoroughly unpleasant person, with a dodgy history. And a mysterious African guy who arrived unannounced at the house, but soon became bosom chums with Moncrieff, seems to have disappeared into the sunset. The search for the killer takes him from smart villages, to the seedier areas of both rural and urban Devon, and even to Africa.

I was concerned at one point that Hurley was wringing too much from the dregs of his Portsmouth series. But I’m starting to feel now that Jimmy’s story is coming into its own and that the characters around him are much richer and varied than those back on the island were. I’m missing series bad boy Paul Winter, last spotted hiding out in eastern Europe. Lizzie attempts to contact him at one stage, but is unsuccessful. I hope that, like the archetypal bad penny, he’ll turn up again when we’re least expecting him.

There’s a lot going on in Sins of the Father. Families and relationships are the focus, and there are clues carried over from the previous book that Jimmy’s private life may not be as clear-cut as match-making friends and colleagues assume. And Hurley deals sensitively with mental health issues, introducing some characters cast against type for Lizzie to deal with.

Hurley balances his Devon v Hampshire divide very neatly. And you never feel he’s holding out on you with information. As usual, this is a writer who’s done his research thoroughly, but who wears his learning lightly. Sins of the Father is an excellent addition to a series that has rarely flagged.