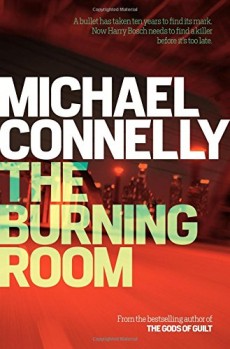 LAPD detective Harry Bosch is still working cold cases. When a man dies almost a decade after being shot, the case lands on Harry’s desk and his bosses are expecting results, as are the politicians.

When a man dies almost a decade after being shot in what was believed to have been and accidental shooting as part of gang warfare, the case lands on Harry Bosch’s desk. The body might be still warm, but the trail to his killers has gone very cold indeed, which is why the LAPD’s Open-Unsolved Unit gets to handle this.

The dead man, Orlando Merced, is hot property due to the part he played in a mayoral campaign won by Armando Zeyas. Merced was the poster boy for the would-be mayor’s campaign against what he styled as the symbol of neglect suffered by marginalised communities in the east side of Los Angeles. Zeyas got two terms out of it, and Merced got to spend the rest of his life in a wheelchair.

Bosch is teamed up with rookie detective Lucia Soto who made a name for herself as the heroine of a brutal shoot-out. Soto speaks Spanish, and that’s a skill Harry is going to need as their investigation takes them into parts of the city where neither Harry’s badge nor the colour of his skin earns him much respect.

When Harry discovers that his partner is running another investigation on the side, he gives her an ultimatum: tell him the truth or pack up her desk and leave. She comes clean about her need to uncover the truth about a fatal fire that killed several of her friends and their nursery teacher when Soto was only a child.

Harry agrees to help her, but in doing so, accidentally puts his retirement plans at risk. As the truth about both cases slowly starts to come to light, Harry’s respect for his new partner deepens and he starts to see her promise. The counterpoint between the fresh, but already-blooded Soto and Bosch, veteran of more cases that Soto’s had hot dinners, is drawn skilfully without heavy stereotyping, and watching their working relationship grow and change adds depth to the story. The politicians are suitably slimy, the police officers are entertaining and varied, never stock characters, and the plots always shift along at a good pace.

I came quite late to this very long-running series, dipping in a few times in the early days, but never quite getting hooked, but the last few books have dragged me very firmly on board. I now desperately want to know what happens next in the continuing saga of Harry Bosch’s career and his impending retirement. The 23rd book can’t come along too soon for me.