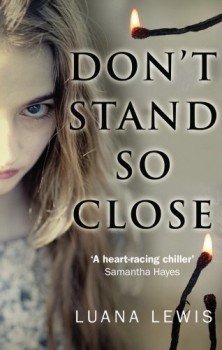 On a snowy January afternoon, a young girl hammers on the door of Stella’s home.  Despite her fears, she lets the girl in, only to be confronted by shocking allegations about her husband.

On a snowy January afternoon, a young girl hammers on the door of Stella’s beautiful home in the Chilterns. Suffering from anxiety and addicted to tranquillisers, Stella is afraid to open the door. Seeing the girl outside, inadequately dressed for the weather, eventually Stella relents and lets her in.

The girl initially says she used to live at the house. Then she wants to see Stella’s husband, a clinical psychologist, who she claims is her father. It becomes clear that she is lying as she changes her story over and over again. As the night progresses, Stella becomes increasingly worried about the girl and scared at what she might do, and eventually rings a former boyfriend, a policeman, to ask for help as she cannot contact her husband.

What transpires reveals the truth not just about the girl, but also about Stella’s marriage and about the traumatic events in her past that left her agoraphobic, suffering from severe anxiety and addicted to tranquillisers.

The story is told through three strands: first, the present, with Stella dealing with her unwanted visitor; second, two years ago when she was herself a clinical psychologist; and third, a description of sessions between a therapist and a patient. As the book progresses, the stories move closer together as it becomes clear how Stella arrived in her current situation.

The tension builds nicely through the story. From early on it’s obvious that something is going to happen to Stella, but it is still shocking when it does, though I could have cheerfully shaken her for her reaction in the aftermath! In retrospect, there were hints from the beginning about the final outcome, but I did not pick them up at the time, although there was a feeling of ‘of course’ when I finished the book.

The story kept me enthralled and reading late into the night. Despite her faults and her personal demons, Stella is a sympathetic character, who is constantly trying to do the best she can for those around her. Don’t Stand So Close is an assured and compelling debut.