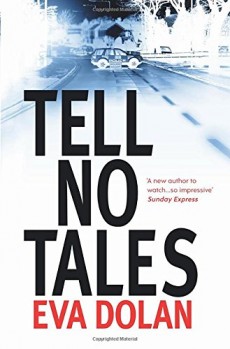 Peterborough’s hate crimes unit - DI Dushan Zigic and DS Mel Ferreira – battle community tensions as they investigate a hit and run accident and also the murder of two immigrants who were kicked to death.

The mean streets of Peterborough may lack the ring of London or Manchester, but Eva Dolan’s second police procedural set out in the Fens city packs a heck of a punch. And it’s a story straight off the newspaper front pages.

While the combined might of CID searches for the killer of a drug dealer, the hate crimes unit – DI Dushan Zigic (Serbian background) and DS Mel Ferreira (Portuguese parents), plus three others colleagues – are full out trying to find who killed two people in a hit and run accident, along with attempting to solve the horrifying murder of two immigrants who were kicked to death.

And their task isn’t helped by constant media pressure. Richard Shotton is a media dream – a right-wing politician who scrubs up well and who has a distinguished military record. His wife is Brazilian, so he can’t possibly be racist … But he doesn’t appear to choose his friends terribly well.

The book is harsh and bleak, set in dingy rented rooms, harshly lit police stations or dodgy businesses. The police are exhausted and those they come across frightened or mutinous. Community fears run high all through the book.

At times it slightly feels like one damn thing after another, but it also comes across as frighteningly real. Peterborough is a city where the recent eastern European arrivals are mistrusted by Asian families as well as the British.

It’s very much a plot-driven book, tightly written and neatly plotted. There’s not a great deal of character progression for Zigic or Ferreira, although their abrasive Northern Irish boss Riggott gets more of an outing. Zigic has a family and a wife who don’t appear to see that much of him; Ferreira, whose parents want her to help in their pub, hints at the archetypal bad girl. We do get to meet a blast from her past in Tell No Tales.

I finished the book the day after the Rochester and Strood by-election when a UKIP candidate won the seat. Dolan is an exciting young writer who has got under the skin of a side of British society that we don’t want to see, but ignore at our peril.