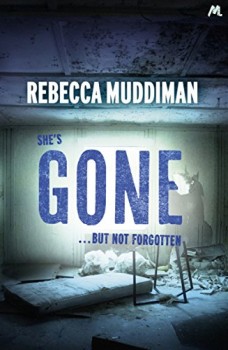 When troubled teenager Emma Thorley went missing, the police and everyone else assumed she’d run away again, but 11 years later when a body is found in woods near Blyth, it looks like there was another, far more deadly reason for her disappearance.

When drug-taking teenager Emma Thorley went missing, the general assumption was that she’d run away again and, if DI Michael Gardner is honest with himself, he knows he didn’t take her disappearance very seriously or put much effort into finding her. But now, 11 years later, when a body is found in woods near Blyth he has to admit that he should have done more, especially when it becomes obvious that Emma was murdered.

DS Nicola Freeman is determined to find the girl’s killer and bring some closure to Emma’s stepfather, but any leads are now pretty cold and it’s proving hard even to get a definite identification of the body, although the press immediately leap to the conclusion that it’s Emma, based on some items found with the body.

Suspicion quite reasonably falls on Emma’s old boyfriend, Lucas Yates, a drug-pushing, abusive lowlife with all the charm of a rat with herpes, but there’s little or nothing that Freeman can pin on him.

She turns to Gardner for help as he was involved in the original investigation, and that’s not something that goes down well with a lot of people, as Gardner is pretty much a pariah in his old station, and it’s not easy to get to the bottom of why, as everyone around her clams up on the subject.

The story alternates between two time periods: that of Emma’s disappearance and the hunt for her killer. I normally have a low tolerance for plot devices like that, but Rebecca Muddiman admirably pulled off the trick of keeping me engaged with both without short-changing either side of the narrative.

Her characters always come over as real people, not caricatures, and although both Freeman and Gardner have their problems and the occasional skeleton rattling in the closet, the all-too-frequent stereotype of the troubled copper thankfully doesn’t make too much of an appearance. But they do both conform to type by being unable to hold down a relationship. Gardner’s wife left him for a colleague and Freeman has dumped her exceedingly dull boyfriend.

It’s rare as a reviewer to have time to check out an author’s previous books, no matter how much I liked them, but I immediately bought  - and liked – Stolen, Muddiman’s debut, also featuring Gardner.

For a mix of interesting, well-written characters, solid police work and a good north-eastern vibe, Gone is definitely a book I’d recommend highly.