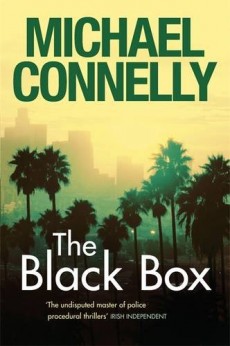 Twenty years after a female journalist was shot dead during the Los Angeles riots in 1992, her case is reopened and Detective Harry Bosch uncovers a conspiracy that runs deeper and further than he could ever have imagined.

Los Angeles, May 1992. Four LAPD officers have been acquitted of all charges following the brutal beating of Rodney King and the city is in uproar, fires and riots so far spread the police can’t handle the situation alone. They stand shoulder to shoulder with soldier out on the streets, trying to keep the peace as looters and arsonists rampage through the city. Homicide Detective Harry Bosch finds the body of a female journalist – Anneke Jesperson from Denmark – shot dead in an alley.

Due to the sheer number of crimes committed during the riots most weren’t solved and many were never properly investigated. So 20 years later, as the anniversary of those events nears, the Chief of Police orders a re-opening of all the unsolved murders attributable to the unrest. Harry Bosch is now working in LAPD’s Open-Unsolved Unit, close to a forced retirement, and he specifically requests the Anneke Jesperson case. At first it seems like a dead end, but by identifying the murder weapon and following its history, he starts to uncover a conspiracy and a cover-up that not only spans years but also continents.

The first half of the novel, the half set against the backdrop of the 1992 riots and detailing the gang culture in Los Angeles, feels like it’s filled with recitation of research, in stark contrast to the second half of the novel, the setting up and tearing down of the intricate conspiracy, the revelations of the motives and events behind Anneke’s murder. Harry Bosch tends towards being the stereotypical ‘LA cop on the verge of retirement with nothing left to lose’ and his Lieutenant is absolutely the modern media-inspired asshole who seems to run every American homicide division if popular culture since the 1970s is to be believed.

But there is craftsmanship behind the beautifully constructed plot and the rounded character of Anneke herself is more than good enough to forgive the other more clunky characters. A skilled hand pulls together each individual thread and creates a brilliant and unexpected climax to the book despite the predictable theme of power corrupting everyone who seeks it.