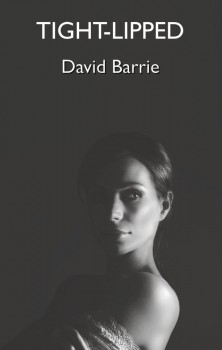 Jean-Jacques Marsay and his wife Carine Dufour live a life that many in Paris envy, but their seemingly charmed existence is darkened when a woman close to them is murdered.

A new addition to David Barrie’s distinctly dark but always stylish series featuring captain Franck Guerin of the Brigade Criminelle doesn’t come along anywhere near often enough, but then the really good things in life can’t – and shouldn’t be – hurried.

Noted intellectual Jean-Jacques Marsay is writing a book that his publishers hope will make an immediate entry into the best-seller lists. The manuscript is kept locked in a safe and only a select few know how to access it. When editor Virginie Desmoulins, is found dead in some exceedingly suspicious circumstances, Franck needs to know more about the book – and its author - especially as the subject is one that he’s been all too close to in the past: the terrorist organisation Appoghiu Terra and its shadowy leader, Gabriel Agostini, the man responsible for at least one of the scars Franck carries.

Virginie Desmoulins was tied to her bed with elegant, neatly-hemmed strips of black silk. She showed no sign of having been subdued by physical violence but she was then killed by having the blood vessels behind her knees opened with a sharp blade, resulting in her bleeding to death.

Tight-Lipped abounds in elegant Parisian life, and equally elegant Parisian death. Catherine Vautrin, Franck’s chain-smoking, cynical ex-boss, makes a welcome appearance, her manipulation of others reaching delightfully Machiavellian proportions as ever as she stays close to Franck in the hopes he’ll lead her closer to the ever-elusive Agostini.

When Franck’s nemesis does finally make an appearance, I was worried that after so long it would seem like an anti-climax, but the man Franck steadfastly refuses to describe as a terrorist even when he’ll happily and truthfully refer to him as a killer doesn’t disappoint. He’s every bit as cool, charming and ruthless as I remember, shot through with a lovely vein of chilly humour. OK, it’s a fair cop, guv’nor, I always fall for the bad boys.

The body-count mounts, taking Franck’s investigation in some unexpected directions. There are clues en route, but equally you can just allow yourself to be carried along by the always immaculate writing and deft characterisation, and enjoy Paris in the company of someone who clearly knows and loves the city, from its café culture to its less salubrious backstreet bars and their inhabitants.

Crime writing really doesn’t get more stylish than this.