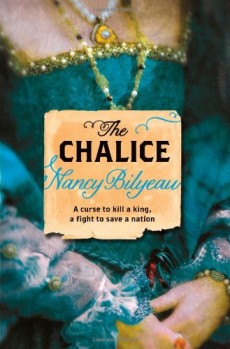 Former novice nun Joanna Stafford again risks everything she loves when she is caught up in a conspiracy against Henry VIII.

Joanna Stafford, niece of the disgraced and beheaded Duke of Buckingham, herself of royal Plantagenet blood and maid of honour to Queen Katherine of Aragon, became my favourite heroine when she made her debut last year in Crown.

Now the beautiful half-Spanish former novice nun is once again caught in the bitter web of internal and international politics that is the England of Henry VIII, where a careless word can send earl or bishop, lord or commoner to torture, the execution block or the stake. Thomas Cromwell, acting on behalf of a king increasingly desperate to sire a son, completes his ruthless destruction of the monasteries, earning the hate of both the Pope and the Catholic sovereigns of Europe who would use their religion to mask territorial ambitions.

Stafford is a series of contradictions: naive, thoughtful, fiery, pacific, aristocratic, humble, uncertain and strong. She struggles to reconcile her shattered wish for the peace of a religious life with a rising awareness of her own femininity and sexuality while at the same time battling to avoid becoming involved with three deadly prophesies which reveal that the fate of England’s king – and possibly the whole of Christendom – lies in her hands.

No-one reflects the paranoid state of Tudor England better than Nancy Bilyeau. She paints a graphic picture of the uncertainties of the time. Cromwell, on the king’s behalf, orders parish priests to exhort their congregations to read the new English translation of the Bible but this is at a time when fewer than one in seven men – and almost no women other than some aristocracy – could read at all. The squalor of the poor, the careless brutality, the fear and threat of the mob and the deadly dance of shifting alliances and ambition both at the court and in Henry’s new church are all there. Few of the historical characters emerge from Bilyeau's examination with much credit, although Anne of Cleves, Henry’s fourth wife, and the astronomer-seer Nostradamus, are exceptions to a parade of the vain and the venal.

Against this background of suspicion, ambition and hatred, the plot is simple. In unravelling and fulfilling the prophecies that date back to her teenage years, Stafford is manipulated and abused by power-hungry factions at the English and Spanish courts. She is forced to weigh her patriotism and humanity against her religion and desire to revenge the wrongs done to her family. At the same time she tries to come to terms with life outside the walls of the priory that was her home and her feelings for the two very different men who have come to dominate her life.

Sharply observed, cleverly paced and sympathetically written, this book more than fulfils the promise of Crown, itself named as last year’s most impressive debut novel by the CWA Ellis Peters judges. If Joanna Stafford is to return to see out the final years of Henry’s tempestuous reign and the accession of his Catholic daughter Mary, I am sure I will not be alone in waiting eagerly for her.