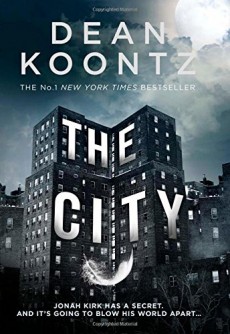 In 1967, Jonah Kirk was eight years old, living in the city in a rented apartment with his mom. He dreams of being a musician but his mom can’t afford lessons. Then one day he is approached by a beautiful women who promises him a piano and gives him dreams.

A man is telling a story to his friend. Eventually it will be a book, but only when it has been edited. For now it's a rambling tale captured on tape, one ageing man to another, both of whom were there when it happened …

1967. Jonah Kirk is eight years old, living with his mom in a run-down apartment in the city. Jonah is an inquisitive kid, and a talented one. His dad has gone, his mom’s  doing daytime shifts at a counter in Woolworth's and late-night gigs at a nightclub called Slinky's to pay the rent, Jonah dreams of becoming a piano man.

One day he meets a strange lady dressed in a pink suit, a lady he calls Miss Pearl. She tells him there's a piano in the basement of the community centre, and the next day he's able to start lessons on the very instrument he's convinced wasn't there the day before. Miss Pearl gives him dreams too, nightmares: the first of a young lad killing his own parents, the second of a woman, dead, right in front of his eyes. And as he tells the rambling story of his unusual childhood, the puzzle of the dreams, of the lady in pink and of the feather given to him by a taxi driver, starts to come together in a single tragic and devastating conclusion.

This is quite simply the best book Dean Koontz has ever written. At 200 pages in, nothing very much has happened except that he has built the most exquisitely detailed picture of a young boy's extraordinary life. Jonah Kirk and the rest of the skilfully crafted cast weave imaginative and strong threads of fantasy through real events in America in the late 1960s. The narrative is slow yet never boring, the storytelling meandering yet never lost.

Every one of the characters lives and breathes. Magic tingles in every intriguing turn of the story. Even when the inevitable tragedy rips through it, the strength of what's been created still holds and Koontz manoeuvres the reader through the tying up of the strings with calm and ordered expertise.

This is a beautifully crafted novel, a massively enjoyable book which I sank into and read end to end in one sitting, unable to step out of the story until I knew the fate of every character.