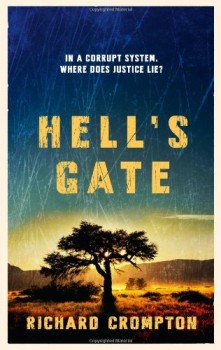 Maasai detective Mollel is posted to a small town where a number of men have disappeared. His new colleagues are hostile and are certainly on the take - but are they guilty of something worse?

Maasai detective Mollel first appeared in The Honey Guide, working in Nairobi against a backdrop of election turmoil. His second outing finds him in Maili Ishirini, a small town with a four-man police force. His posting looks to be a result of his inability to satisfy his superiors, but his new colleagues suspect he has come to spy on them and are not happy.

It does not give too much away to disclose that Mollel’s posting in town is not entirely related to his inability to play politics. The alarming number of disappearances in Maili Ishirini are starting to provoke comment, and his boss in Nairobi needs a defence against growing criticism. There are at least two criminal gangs in town who may be responsible, but his new workmates also seem to be up to something which they want to conceal.

We hear more about Mollel’s past in this book, and in doing so learn about traditional Maasi beliefs and way of life. Mollel is conflicted: in many ways he adheres to the moral code in which he was brought up, and at one stage takes refuge in customary dress and behaviour, with a sense of relief.

At the same time, however, he is sophisticated enough to know how the modern world works, and this makes a perceptive policeman. The struggle between the two sides of his nature makes him an interesting and sympathetic protagonist. He remains devastated by the death of his wife and troubled by his inability to get more involved in the upbringing of his young son.

The underlying conflicts at work in Kenyan society also become explicit through Mollel’s thinking. The tribal divide is still a powerful factor – the Maasai, a tribe whose economy and life is based around their cattle; the Kikuyu, who have adapted better to the influx of Western technology and lifestyle; and the wandering Samburu, amongst others. Add to this the influence of a much richer West, and now the Chinese too, and it is easy to see the temptations and pressures which undermine stability. The picture of Africa is not that of Alexander McCall Smith, and the lack of fairness and justice is a consistently appalling background. Mollel’s humanity and touches of humour here and there do, however, lift the mood.

One feature of the writing is the omission of punctuation marks for reported speech other than a dash at commencement, which some may find irritating. As far as the underlying whodunit is concerned, the roles of several key players remain obscure until the final reveal in a way familiar to fans of traditional crime fiction – something familiar cloaked in an exotic dress.