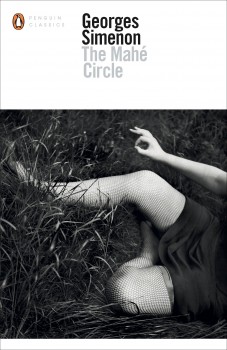 On holiday by the Mediterranean, the staid Doctor Mahé catches a glimpse of a different life, which gradually becomes an obsession.

Sometime before the Second World War, Doctor Francois Mahé, in a break with tradition, takes his annual summer holiday from his provincial practice at the Mediterranean island of Porquerolles. The conventional routine of meals at the pension, fishing and casual observation of village activities is interrupted when a local woman dies.

Mahé is asked to attend as the resident doctor is away. The woman’s daughter, a stick figure in a red dress, seems to hold a particular fascination for him. But he returns home with no expectation of seeing the island again.

However, the following year he surprises his family - his controlling mother, a compliant wife, and two young children - by a seeming last-minute decision to return to Porquerolles. His obsession with the girl in the red dress grows, but his interest is not a straightforward matter of sex.

Her appeal is mixed up with the island itself, baking in the summer heat and somehow generating a change in Mahé’s whole perspective. Another year goes by and Mahé, in Porquerolles again, cannot face a return to the respectable life he has lived hitherto; somehow he needs to find a way to break free.

This is a masterful psychological thriller from Simenon, which focuses throughout on the emotions and feelings of the protagonist. Mahé is an unimaginative and dull man for whom a new vista suddenly opens, if only he knew how to grasp it. It emerges that his mother has managed his life for him, selecting both his career and his wife, allowing him to pursue his boyish interest in fishing and hunting. This has seemed a satisfactory arrangement to him; indeed, he barely seems aware of it until Porquerolles calls to something deep inside him.

Mahé is, however, unequipped to define what it is he wants, and to reach for it. Perhaps he just lacks the will necessary to forge a new path, or maybe Simenon is telling us that escape from bourgeois reality is an illusion. Life in Porquerolles has a dream-like quality which is both part of its attraction and at the same time creates a spell which overcomes the doctor’s minimal initiative.

If the above sounds a little airy-fairy, then be assured that the writing is anything but. The doctor’s behaviour and thoughts are so closely observed and precisely described as to make the portrait utterly convincing. The island is one Simenon knew well, and here too he creates a picture so true to life that it is almost possible to taste the sea salt on the air. This is literature of a high standard by any measure.