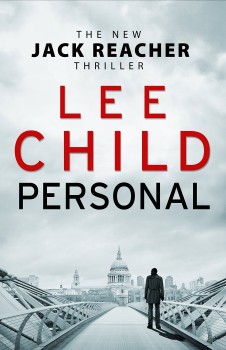 A cryptic message in a newspaper takes Jack Reacher to Paris and then to London to track down an assassin with world leaders in his sights.

If you’re a Lee Child fan, you’ll know what to expect – our hero arrives on a white charger (or a greyhound bus), collects a pretty young woman along the way, buys a new shirt or two, rights some wrongs, then disappears into the sunset. Except, this time, most of the action takes place in London.

A cryptic message in a newspaper summons Jack Reacher to visit a former army colleague. It turns out that our man is the only chap who can save the free world after an attempted political assassination in Paris. An international conference in London will leave G8 world leaders as sitting ducks – and Reacher must work out whether there are three assassins working together, or just one with a very personal score to settle.

This is number 19 in the series, and as they say in internet parlance, your mileage is going to vary. If you’re a firm fan of the series, you might reckon that it’s been diluted by more or less ignoring what Child does well – small-town America. But if, like me, you’ve dipped in and out of the series over the years (and also fallen around laughing at the thought of Tom Cruise playing Reacher in the film version – presumably they provided him with an orange box to stand on), Personal varies the formula by taking our man to Paris and then to London.

Oh, there’s still plenty of terse dialogue and arcane information on bizarre topics. And Reacher tangles with some not entirely believable London gangsters on the way to saving the universe. The rationale behind the whole plot, revealed in the final couple of pages, may have your eyebrows disappearing into your hairline.

But the book canters along at a good lick, and there are some entertaining cameos on the way, including a British spook with a knack of legging it at the first sign of trouble, but who is adept at pulling strings. And Reacher’s latest female sidekick, a CIA agent assigned to help him, proves her worth despite some over-dwelled on personal frailities.

I can’t see any point in getting snobby about Child’s books. What he does, he does competently. If you want escapist fiction, then he’s your man.