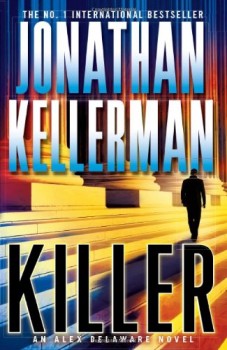 When Dr Alex Delaware is called in to write a court report in a straightforward custody battle between two sisters, he thinks that it is an easy job. Then one of the sisters threatens to kill him but is herself murdered and the other disappears with her child.

As a court-appointed psychologist, Dr Alex Delaware is called upon to write a report on a case involving two sisters battling over the custody of a little girl. One sister, Connie, the girl’s aunt, is educated, rich, controlling and a deeply unpleasant personality. The girl’s mother, Cherie, on the other hand, is poor but friendly and loving and has an ‘alternative’ lifestyle.

The case appears open and shut – the aunt has no legal claim on the girl – so Alex writes his report and believes the matter to be closed. Connie, however, is not so easily put off and Alex learns that she has paid a local gang member to kill him. Luckily for Alex, the gang boss was a grateful client as a child and so Alex survives.

Very soon, however, Connie is herself found murdered, while Cherie and her child have disappeared. As Alex and his long-time friend and colleague Detective Milo Sturgis work to solve the case, one of Cherie’s close friends is murdered and another attacked. It becomes clear that people named in the court case are being targeted, but who would have access to the details of the case and where are Cherie and her daughter?

The Alex Delaware books are always strong on the psychology and motivations of criminals and this is no exception. The story is centred on his practice rather than his work as a police consultant, although, of course, the police are involved as the story progresses. The gang boss was a troubled teen from a difficult family, who was helped by Alex to come to terms with health problems, while Alex’s involvement in the custody case is part of his regular court work.

The plot has numerous twists and turns and a satisfying number of red herrings, and while I had a suspicion about what had happened to Cherie, the identity of the culprit came as a surprise. Killer is another fascinating insight into the human psyche from Jonathan Kellerman.