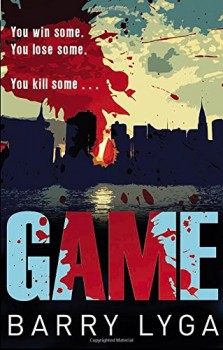 As Jasper Dent proclaims in one of his many tattoos, he hunts killers. It’s an unusual job for a teenager, but he’s well-qualified, as he’s the son of America’s most notorious serial killer.

While most teenagers his age are worrying about grades in school or whether or not they’re going out with someone, Jasper Dent, know to his friends as Jazz, has rather more pressing concerns. He hunts killers, and if he doesn’t catch up with them in time, they’ll add more victims to their toll.

Jazz is a bit young for that sort of thing, but as the son of Billy Dent, one of America’s most notorious serial killers, he’s well-qualified for the job, and even the New York Police Department think so, or at least Louis Hughes, one of their detectives, does.

A series of gruesome murders has been carried out, but the police haven’t yet got a lead on the killer. Sometimes he (or maybe even she) carves the symbol of a top hat into the victims’ flesh, and sometimes the killer signs off by cutting a drawing of a dog into the body. Jazz has been following the story of the Hat-Dog murderer on the news, and despite the misgivings of his closest friends, he allows himself to be persuaded to accompany Hughes to New York in an attempt to make sense of the killings before more bodies are added to Hat-Dog’s total.

One of the things I like most about young adult crime and thrillers these days is that in the best tradition of crimes solved by ‘those pesky kids’, they so often come complete with a really great cast of supporting characters, and Game is no exception. Jazz’s girlfriend Connie has a lot to put up with. His elderly, and very definitely not entirely with it, grandmother has taken a violent dislike to her based on the colour of her skin. On top of that, Connie suspects that the reason Jazz is going out with her in the first place is so he won’t end up being triggered to follow in his father’s footsteps, as Billy Dent never targeted black women.

But Connie is tough, strong-minded and determined to help. As is Jazz’s friend Howie, but Howie has to be careful to stay away from any rough stuff, as he has haemophilia. Howie and Connie inject some much-needed humour into the story, as do Jazz’s internal arguments with his father, as Billy, even when he’s not physically present, still casts a long shadow over his son’s mind and his advice on how to be a successful killer keeps surfacing, no matter how deep Jazz tries to bury these unwanted words of wisdom.

At times, despite the age of the protagonists, it’s hard to remember that Game is theoretically written for a younger audience. Barry Lyga spares no one’s sensitivity in his descriptions of the grim murders. The dialogue is crisp and distinctly adult in tone. This is a book that straddles the age divide exceptionally well, and will appeal to both audiences.

The only problem with Game is that it ends slap-bang in the middle of the story on an enormous cliff-hanger, so if you like to get the pay-off in the story you’re reading, this definitely isn’t the book for you. But if you’re happy to wait for the sequel, then I’m sure you’ll enjoy this smart, fast-paced and darkly funny book.