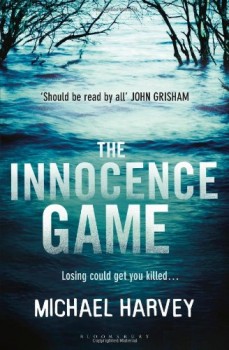 Three graduates set out to examine a cold case involving the kidnap and murder of a young boy as a possible miscarriage of justice.

Three graduates set out to examine a cold case involving the kidnap and murder of a young boy as a possible miscarriage of justice. The man convicted has been killed in prison. Their investigations uncover links to other killings and massive corruption within the police department and they soon find they are fighting as much for their own lives as for the truth.

The hunt starts with their selection for an elite Innocence Seminar to expose possible miscarriages of justice. I’ve never been a great believer in either the efficacy or the need for cold case squads, despite New Tricks. The idea that the First Amendment somehow allows American journalists license to act as private investigators, access privileged information, break and enter and withhold information including their discovery of a body from the police, is somehow quite alien.

But if you can accept this, plus three fairly unlikely characters, an even more unlikely start to their hunt and the idea of massive criminal corruption in the Chicago police, this is a well thought out, cleverly constructed and fast-paced thriller.

The three graduates – two men and a woman – are all high achievers and strong characters. Dialogue between them is well-written, credible and moves the story – told by one of them – at a good clip. The men are far more complex than they appear, both hiding secrets, and all three bring different motivations to their task with unpredictable results. The interplay between them, their backgrounds and characteristics and the consequences of their actions on their psyches provides a cleverly thought out and well presented focal point for the story.

Michael Harvey’s more than slightly over-the-top plot, with some manufactured twists and a less than convincing denouement, just about stays inside the boundaries of belief and overall makes for an enjoyable, if slightly breathless read – unless you’re a complete cynic like me!