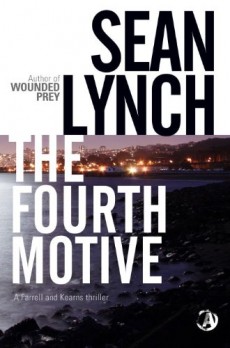 When Judge Callen’s daughter Paige suffers multiple attacks the reasons may lie with her work as an assistant DA, or perhaps her father did something in the past to seriously offend someone…

Deputy District Attorney Paige Callen is assaulted while out jogging, and other attacks soon follow. The perpetrator has been very careful to leave no evidence, and the police have no clue. Paige’s father, a judge, turns to ex-policeman PI Bob Farrell for help, who, together with former Iowa Deputy Kevin Kearns, agrees to provide protection.

The job has several complications, however. For a start Paige is fiercely independent and particularly resents the help of Farrell and Kearns, who crossed several legal boundaries to bring down killer Vernon Slocum (in their first outing Wounded Prey). In the course of that operation they also disarmed and shamed some of the local San Francisco PD, who consequently are looking for an opportunity for payback.

In an attempt to get Paige out of harm’s way, they take off for the Napa Valley, where Paige’s aunt has an isolated estate. But this just plays into the hands of the stalker, who has trained himself in military techniques, and is very well equipped. And Paige and Kearns have no idea he is so well informed and on his way, with lethal intent. The showdown is every bit as exciting as one would hope.

This is an easy read, with plenty of action and snappy dialogue. The story moves between the attacker and those he is targeting, so the reader can anticipate the dangers to the latter. The attacker’s methods and plans are made explicit, but we do not hear the full story of his motivation until the last few pages. On the whole, he is a believable character, although perhaps a little more well-organised than is effortlessly credible.

As for the good guys, they don’t get too far past stock, although they’re easily recognisable. The judge is tough and irascible; his daughter is feisty and independent but with a soft heart that melts fairly quickly when exposed to the charm of Kearns. Kearns is a young man with ambitions but all the virtues, while Farrell is the hard-drinking, chain-smoking cynic who has seen it all. Together they make an excellent combination, a team you would welcome on your side if facing a psychopath.

It is probably futile to look for deeper significance in what is clearly meant as entertainment, but the issue is raised about the limitations of police protection and the justification for quasi-legal action where the law provides insufficient security. As the author spent a career in the San Francisco Bay Area police he presumably knows whereof he speaks. Where police resources are insufficient, or the restrictions imposed on law officers too tight, Lynch’s protagonists Farrell and Kearns will no doubt need to ride again to combat another dark and twisted foe.