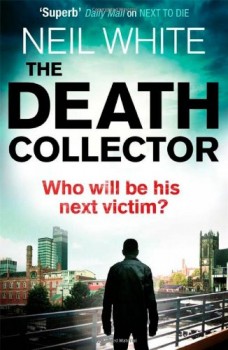 Joe Parker’s job is at risk, so it’s not the best time to get embroiled in a possible miscarriage of justice from several years ago. His brother Sam is under pressure to spend more time with his wife and family, but then another case comes along and promises are set aside.

Book jackets have a lot to answer for. Manchester has a lot of criminal defence lawyers, so to bill Joe Parker, the only criminal practitioner in largely private client firm Honeywells, as being at the top of that particular tree seems a bit of an exaggeration.

The other main character in the second ofNeil White’s new series featuring two brothers in opposing professions is Sam, a copper, who strikes me as more dogged than brilliant (more fly sheet hyperbole). They both share the same shadow from the past: the younger sister who was murdered. Joe hopes that one day he’ll come across the man he saw following his sister just before her death so he can kill him, and Sam hopes that one day he’ll be able to put her murderer behind bars.

In The Death Collector, teenager Carl Jex is trying to get to the bottom of his father’s disappearance. He’s checking out a series of addresses when he sees the body of a woman in an ordinary, suburban house. White’s big strength is his ability to make his characters come to life. I cared about Carl, careering from hope to despair along with him. His fate mattered to me, and that’s always a sign a book’s worked. I was equally caught up in the fate of the women who’ve fallen prey to a killer who likes to collect beautiful things – only, like Victorian butterfly collectors, he prefers his specimens to end up dead.

Running alongside this are two other strands. Firstly, there’s a badly botched police investigation where senior officers seem hell-bent on making as many mistakes a possible, and secondly, an equally bungled defence case sees a man sent to prison for a crime he might not have committed. These storylines run alongside each other before coming together in an adrenaline-fuelled climax on the desolate Lancashire moors made infamous by real-life murderers Ian Brady and Myra Hindley.

Neil White writes convincingly about the depressed state of criminal legal work in the UK, hardly surprising considering his day job. The drive for more billable hours and reduced overheads will strike a chord with anyone in the profession. He reliably delivers a solid mix of police procedural and legal thriller, and while he continues to write even relatively minor characters with such flair, then he won’t go far wrong.