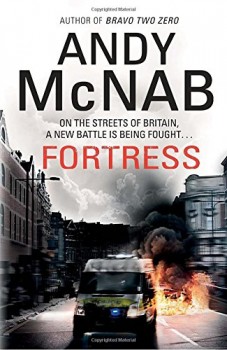 There are riots on the street and tension in Whitehall. Disgraced SAS sergeant Tom Buckingham becomes involved with Invicta, a group who are seemingly doing a good job of helping injured servicemen – but there might be more to them than meets the eye.

There's tension on the streets of Britain and in the corridors of Whitehall. The police are accused of shooting an unarmed British Muslim in London. The founder of Invicta, a charity that helps British ex-soldiers, called Vernon Rolt, has a lot to say about Islamic influence in Britain when a bomb destroys one of Invicta's hostels.

James Woolf of MI5 has a suspicion that the shooting and bombing were carried out by Invicta themselves. Woolf has a way to infiltrate the organisation, but it involves completely discrediting Sergeant Tom Buckingham of the SAS. Tom, with his exemplary record and privileged upbringing, is the perfect poster boy for disgruntled soldiers and the rights of white British society, and Invicta will want him on board. Tom ends up getting involved with the very powers that had him thrown out of the SAS, to discover what Invicta and its American backers have planned.

Tom Buckingham really comes alive in this, McNab's second novel with him as the central character. The SAS sergeant hits rock bottom when he's accused of killing a fellow soldier, all in the name of saving American face at Camp Bastion, and so loses his job – and his girlfriend is leaving him as well.

Despite this, he continually does what he needs to do to fight for British fair play. He's being used and tested by players on both sides, but he never loses his cool, and it makes for a great read. Andy McNab's books are all about moment by moment action, whether it's drinks at a London club or a shoot-out at an American trailer home.

The body count isn't as high and the blood doesn't flow quite as readily as in some of McNab's past novels, but there's still plenty of carnage, and when the chips are down Tom doesn't hesitate to kill, with McNab's brilliant detail of human frailty in the face of weaponry.

We also see events through the perspectives of Sarah Garvey, a ballsy government minister, and Sahim Kovacevic, an academic with a rising career in PR and a brother in Syria. They're compelling characters and give faces to the complexity of the setting. The mix of short chapters from differing points of view doesn't halt the flow of the story. The sloppy, varying use of Nine/Eleven and 9/11, however, slightly did.

The best thing about the book is that McNab is writing about things that dominate today's headlines – young Muslims fighting abroad, the rise of ISIS, the cutbacks in the military. He's bringing politics to the action military mix, and it really works in this book to deliver realism. The final showdown of the book is Tom's most brutal task, and his finest hour, to save Britain, and America, from itself - and it's well executed. Fortress seals Tom Buckingham's fate as a McNab hero we want to see again.