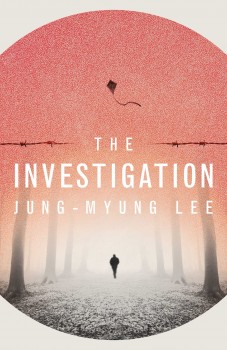 In a wartime Japanese prison a guard is murdered under strange circumstances, and a young soldier is tasked with finding the culprit.

Fukuoka prison, on the closest point of mainland Japan to Korea, was a brutal place to be in 1944. It was especially harsh if you were one of the Koreans incarcerated for resistance to Japanese rule. When a particularly savage guard, Sugiyama, is found brutally murdered, young conscript Watanabe is given the job of finding the killer.

The crime is problematic as the body is found suspended in the middle of the prison at morning roll-call, and the inmates have supposedly been locked up at night. Nonetheless, Watanabe focuses his investigations on those prisoners who have suffered most at the hands of Sugiyama. It soon becomes apparent, however, that there was much going on in the prison under the bestial surface – and surprisingly, literature plays a major role.

In fact this work of fiction is built around the last few months of the life of Yun Dong-ju, ‘one of the most well known and well-respected poets in Korea’, whose works are freely quoted throughout the book. Yun is represented as a man of great courage and moral stature, and his impact on the other prisoners and guards is easy to appreciate. His poetry is less so. Perhaps it loses something in translation; certainly to Western eyes it is particularly subtle in form, framed to pass the Japanese censors hungry to root out even the tiniest hint of rebellion.

The author Jung-myung Lee is reportedly popular in his native Korea. Anyone familiar with the Korean and Chinese protests about periodic Japanese attempts to ‘revise’ textbooks dealing with that country’s wartime activities, or attendance of Japanese politicians at shrines of war dead, will know how much Japan’s WWII activities remain one of great local sensitivity. The book doesn’t downplay the evils of the time and the prison is as horrible as anything found in Nazi death-camps, but in a sense this is transcended by the shared longing of both guards and prisoners for more human values, and the helplessness of the foot soldiers of both sides in the face of the militaristic and brutal society of the time.

In structure, the book is sometimes confusing. It is narrated primarily in the first person by Watanabe. Sections of the stories of the prisoners he is interrogating are related in the third person, giving an impression of fact subsequently belied by later revelations. The order of events is also not always easy to keep straight. The crime is, however, eventually explained by satisfactory reference to familiar motives.