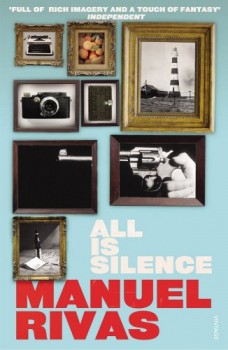 Fins, Brinco and Leda are childhood friends in a fishing village on the Galician coast, but events bring them into conflict when they become adult.

Noitia is a quiet backwater on the Atlantic coast of Galician Spain, the locals live on fishing (sometimes with dynamite), spillage from passing cargo boats and a little tobacco smuggling. The town is home to childhood friends Fins and Brinco, and the wild girl they both admire, Leda.

In their ramblings the three explore the ruined School of Indians, funded by expatriate Galicians in the Americas, and come across a hoard of whisky hidden under a tarpaulin. A shotgun blast then precedes the arrival of Mariscal, the local don, whose dress and verbal dexterity show him to be a man of style as well as force. Brinco and Leda eventually end up working for Mariscal, while Fin, after his father is killed while fishing, is sent away to be educated and ends up in the police seeking to end the smuggling, which has now expanded to include drugs and people.

For those unfamiliar with Rivas it ought to be stated right away that his prose is very individual, of a poetic style that readers are likely to either love or hate.  Example: local singer Sira is booked to perform at the Ultramar, the local dancehall/cinema/bar. 'And this was a starlight moment. As the schoolteacher used to say, there were two nights after listening to Sira. The night that froze the sense of unease. And the night that gave it shelter.' This kind of thing calls for some thought, and possibly a willingness to pass over such assertions without necessarily understanding them. Whether it means anything or not, it certainly sounds good.

In any event the action is softened by the author's approach, which provides a series of closely observed scenes without making a formal causal link from one to the next. The dialogue and observations convey the mood very effectively, and the children's excitement with their finds on the beach, the unsophisticated but deep understanding of the local families, and the cynical and hardened attitudes of Mariscal and his men are masterfully portrayed with deft strokes, providing a feel for mood and atmosphere. There is a touch of magic, too, which gives some scenes a special resonance.

On the other hand, if you like a book that gives you the facts unvarnished in a straightforward manner, you may find Rivas somewhat slow in getting to the point, and the pace can seem maddeningly dilatory even in a shortish novel. Rivas' work has been translated into 20 languages. He certainly speaks a language all his own, and conjures a picture of a corner of Spain that is very compelling.