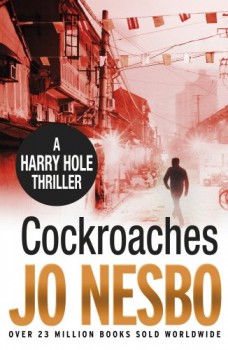 The Norwegian ambassador has been found dead in a seedy motel room in Bangkok. Detective Harry Hole is despatched to investigate but few people are willing to talk and he once again faces danger from hidden adversaries.

The second book chronologically of Jo Nesbo’s Harry Hole series sees our protagonist dispatched to Bangkok by a nervous Norwegian Ministry of Foreign Affairs keen to avoid a scandal following the discovery of the body of the Norwegian ambassador in a motel which acts as a glorified brothel.

Hole, still carrying the emotional and physical scars gained while in Sydney, has vowed to forego alcohol while attempting to get to the bottom of the inevitable entangled mess which comprises the personal life of the former ambassador and his relationship with the sizeable Norwegian ex-pat community in Thailand.

He quickly builds a firm working relationship with his colleagues in the Bangkok police who are invaluable in the resolution of the case. Once again, as in The Bat, Harry forms a bond with one particular colleague, this time, Inspector Liz Crumley. Like Andrew Kensington, Crumley is also an outsider, a Thai-American woman. Fortunately, Nesbo doesn’t allow for anything other than a professional respectful relationship between the two.

For those of us who have met Harry in the later translated novels, the patterns that he establishes in both The Bat and Cockroaches enabled me, at least, to have what can be described as ‘eureka’ moments in terms of understanding his behaviours and motivations.

As with all of Nesbo’s Harry Hole novels, there are a wide variety of snappy plot twists and turns and a number of red herrings. Knowing Harry’s character quirks from later novels, there was an anticipation of a plot inevitability when the daughter of the deceased ambassador befriends him and appears at his hotel. However, Nesbo is not a clichéd writer, and his writing and plotting is fresh, exciting and pacey throughout.

The Harry Hole that readers in English first met in The Snowman is pretty much in place here. However, the slight difficulty of reading the novels ‘out of turn’ due to availability of translations is that we know the hardships and horrors he will face in the future and can’t help but be scared for him.

Tracy Johnson is a teacher who loves reading and lives in Bristol.