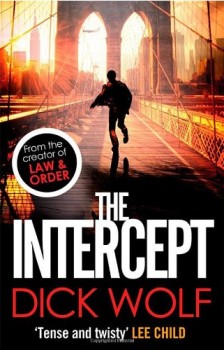 Six people foil the hijacking of a plane and become instant celebrities, but New York police investigator Jeremy Fisk is convinced that there is more to the attempted hijacking than meets the eye.

When six people foil the hijacking of a passenger jet en route to New York, they become instant celebrities. The media want to know everything about them, but so do the department charged with investigating the terrorist incident that seemed intended as yet another strike at the heart of New York city. Their lives come under scrutiny and they immediately become hot property so far as the media is concerned. They are whisked away to a luxury hotel but soon discover that they are little more then birds in a gilded cage, with every waking hour turned over either to questioning as to their part in preventing Awaan Abdulraheem taking over the plane or to media appearances on a variety of talk shows. They even get the opportunity to meet President Obama and his wife.

Police investigator Jeremy Fisk is puzzled by the fact that the terrorist was rigged up with detonators but carried no explosives. The whole attempt was in fact based on bluff. In consequence, Fisk is convinced that there is more to the intended hijacking than meets the eye. While his girlfriend, Krina Gersten, is engaged in babysitting The Six, as they have become known, Fisk digs deeply into the backgrounds of the other passengers on the plane, convinced that that the hijacking was nothing more than an elaborate distraction.

The work of intelligence gathering is shown here as hard slog, not overly glamorous and not even particularly interesting a lot of the time, as a team of experts sifts minutely through evidence gained during the successful operation to kill Osama bin Laden, generally referred to in the book as OBL. Fisk makes a competent, if not particularly charismatic main character, but it’s when dealing with the characters of The Six that The Intercept comes alive, rather than with the various law enforcement agencies in the book, who trade enough acronyms to make it look like someone has thrown alphabet blocks in the air and watched them fall to the ground in a random pattern.

The Six are made up of flight attendant Maggie Sullivan, a woman who seems to be thoroughly enjoying her time in the limelight; Alain Nouvain, a musician who is very definitely not enjoying his new-found celebrity status; Joanna Sparkes, a shop manager who is hoping for a romantic entanglement with handsome Swede, Magnus Jenssen; retired auto parts store owner, Douglas Aldrich, and journalist Colin Frank, a man who had started work on his memoirs even before the plane had touched the ground. One of the most interesting aspects of the book is watching the near-captivity of the have-a-go heroes as a consequence of their actions.

While The Intercept goes through all the usual motions of a modern thriller with numerous false leads, plenty of action and a few side-plots, it’s fast, doesn’t get bogged down with unnecessary details and has plenty of human interest. And the plot at the heart of the book is clever enough to make sure the pages keep turning.