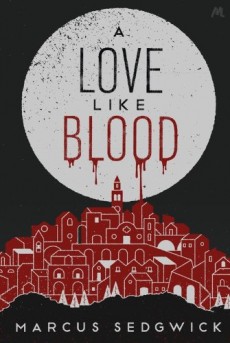 August 1944 and an officer in the RAMC is enjoying a short leave in
newly-liberated Paris when, in a concrete bunker, he comes across a man drinking the blood of a woman he has just killed. Horrified, he runs away but he is to encounter the man again, with consequences for the remainder of his life.

Captain Charles Jackson of the Royal Army Medical Corps is persuaded by his CO to take a few days leave in Paris, which has just been liberated by the Americans. Whilst they are visiting a museum he goes for a walk and comes across a deserted concrete bunker built by the Germans. Out of curiosity he takes a look inside and, by the light of a match, sees a man drinking the blood of a young woman he has just killed.

He runs away, afterwards blaming himself for having been so cowardly. Seven years later, having qualified as a haematologist, he returns to Paris to deliver a lecture and quite by chance, notices the same man, this time in a restaurant with a striking and very attractive girl, with whom he instantly falls in love.

The brief love story between Charles and Marian is told in a way that is very touching and poignant but, of course, this is not a romantic novel and we are always feeling that there is unlikely to be a happy ending. What happens is the spur for the remainder of the novel, which is concerned with Charles’s determination to carry out his own form of justice.

However, although he is the main character in the novel, the word ’hero’ hardly applies. He is by no means naturally brave, as indicated by his behaviour in the bunker, and he has to force himself to confront the man he first saw there. However, in addition to being none too brave, his detection skills are somewhat limited also and his amateur efforts look like ending in failure. Had it not been for a deus ex machina in the form of an inheritance, he would have been obliged to give up, but the money makes all the difference and he is able to continue his quest.

The search, which takes years, is described in detail and certain scenes – particularly one where he finds his man in a church – are almost cinematic in their vividness. It ought to be simply a question of finding the man and taking his revenge but it is here that the story takes a strange turn.

Ever since the opening scene in the bunker there is almost an obsession with blood. Charles is at pains to point out that his rôle in the RAMC during the war had not involved treating the wounded. He had been a member of the Hygiene Section, concerned with finding safe sources of water, setting up showers and digging latrines – all essential services but not glamorous. He had not, therefore, come into contact with blood but his experience in the bunker seems to affect his very psychology and dominates his thinking.

He would not himself have been able to say precisely why he went on to specialise in haematology, or why he takes a morbid interest in girls who deliberately bite their tongues to drink their own blood. Nor would he have been able to say why the vision of a pelican wounding herself to feed her young so strongly affects his psyche. No doubt he loves Marian but is it a coincidence that she is researching into the motif of blood in Dante? There is a considerable amount of detail of this kind - rather too much some will feel. Whilst what he saw was grotesque and perverted, we are not convinced that the effect on him should have been so traumatic and so long lasting. It is not until the very end that we come to understand that, whilst this has been a tale of revenge, it has not been only that.

It ought to be said finally that this is not a ‘vampire novel’ of the kind which is all too frequent. It has no connection with those beings from the Balkans or Eastern Europe who appear to need a drink every hour or so and whose thirst can be satisfied in only one way. This is a more intelligent novel, though it has to be said that, whilst it keeps the attention right up to the last page, it is not always fully convincing.