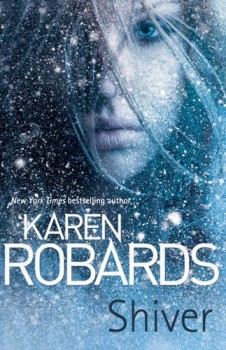 Single mum Samantha drives a repo truck to keep a roof over her son’s head. When she hooks up a BMW, she finds a beaten and shot man in the boot and when she is taken hostage by him is dragged into a fight to survive.

When you pick up a Karen Robards book you know what you are going to get – a sort of Jilly Cooper meets Tom Cain story which involves plenty of steamy sex set against a background of organised crime, torture and brutality, but it all comes out all right via a fairly explosive ending and everyone lives happily ever after. And although Shiver contains some elements we have seen in her earlier work, she is on top form here with a clever and tense tale with a romantic twist.

Samantha is an attractive single mum working as a repo woman in grim downtown St Louis to keep a roof above the head of her four-year-old son. When she hooks up an expensive BMW she finds a badly injured man in the boot and is pitched into a fight for survival against the ruthless and brutal bosses of a Mexican drugs cartel. The man she has rescued repays her by virtually kidnapping her and thrown unwillingly together they begin to discover a mutual physical attraction as they try to escape the killers sent to silence what they believe is a rogue FBI agent who has betrayed them.

A quick action start leads to the main body of the story, the growing relationship between the feisty and determined Sam and the apparently guilty man she is confined with who seems not only to fascinate her but also to be building a relationship with her son.

If you are going to be super-critical it’s easy enough to pick holes in this book. The relationship between the two main characters is fine, well detailed and carefully built up, but is it even likely considering the danger they are in. Tyler, Sam’s four-year-old, often seems far too remarkably adult, while his mother shows some surprisingly childish behaviour, more like a moonstruck teenager rather than the determined and competent woman she is.

The ending is more than a bit rushed and, at best, difficult to believe. Shoot the tail off a single engine plane and it tends to spin out of control, not crash-land gently enough for passengers to survive. In any case, who brought it down, with what and why?

Details, details! Who cares about things like that if you’re a Robards fan. You’re already in a fantasy romantic world, where the heroes are handsome and tough, the heroines beautiful and determined, where true lust can turn to love and where everything works out in the end whatever the odds.