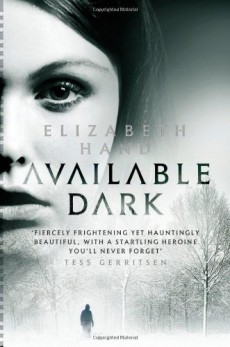 Cass Neary is a photographer who is in trouble with the law in the States. In order to get away she accepts a job in Finland and becomes caught up with a violent gang, leading to a series of unexpected encounters in Iceland.

Cass Neary has an unfortunate and rather gruesome specialism. She likes to photograph people when they are dead. She’s not alone in liking this particular art form and it appears to result in her moving on the fringes of normal legal practice. It’s not helped by her chaotic use of drugs and alcohol, and she finds herself being pursued by the law in the States. Out of the blue she is offered a large sum of money to look at some photographs in Finland and decides to accept it in order to escape the hassle at home.

The account of her journey to meet what appears to be a very respectable family to view the photos is a brilliant evocation of someone not quite in control but trying to appear normal. Her illicit topping up of her drugs, her lack of planning, whether it is her clothes or her route, and her final hair-raising journey with a speeding taxi driver, all conjure up a perfect image of this young woman living on the edge. No wonder the family she eventually meets appear calm and relatively civilised.

How or why she then moves on to Iceland is unclear, but the reader has by now become used to seeing this chaotic life as normal. Here, whilst being followed by an eerie stranger, she meets up with an old friend from the past and stays a while in his lodgings in Reykjavik. The image of the town is grim and run-down and matches the general sense of scruffiness and unhappiness of the girl herself. Her friend’s lodgings appear no more than a hovel and she reminds herself of their past history and whilst he is out she re-acquaints herself with his music collection, pocketing a couple of CDs. She remembers his penchant for black metal music and discovers that he trades in this on a local market stall that he runs with a nice, gentle friend.

Somehow, Cass subsequently stumbles across this man lying dead beside a road, and sees her own mysterious follower fleeing the scene. She grabs a car and follows him to a block of flats on the edge of town. These stark blocks of derelict, uninhabited apartments just add to the general sense of desolation.

The final part of the story takes place in the snow and fiery wastes of rural Iceland, far away from most human habitation. The atmosphere conjured up is one of a stark and cruel landscape, dark and cold, with the effect it can have on the human mind. That, together with the underlying photo images and the black metal agenda, might have made the book just too depressing to read. However, it is instead strangely compelling.

The story and the context are well matched. The character of Cass is sympathetically developed and the landscape at times could be thought of as strangely beautiful. The story flows well with effective links in the plot between the various characters and places. The images, although almost too gruesome at times, are clearly described, and those of the landscape remain hauntingly in the mind long after the story has ended.