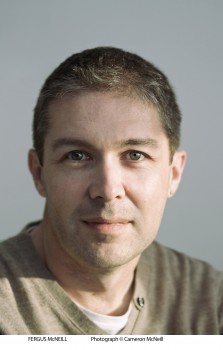 1. My laptop – a cheap little Samsung netbook that I’ve used to write almost all of my three novels. It's on its last legs, and I'll miss it when it's gone.
2. A box-set of Miss Marple DVDs – the thoroughly excellent Joan Hickson ones, rather than the more youthful adaptations we've had recently.
3. A big pile of receipts from my endless weekend research trips to Bristol. I'm not terribly tidy and 'file' them in a large pile on my bedside table.
4. A framed photograph of the fountain in Piazza della Repubblica that I took while on a trip to Rome.
5. My to-be-read book pile, which is now too tall to remain a pile and has had to become a shelf. It currently stands at 17 books, and that’s not including the unread books on my Kindle.
6. My Kindle.
7. A glass of A&W root beer. I know, I know, but it's what I'm drinking and I really do like the taste.
8. A towering pile of Irregular Choice shoes boxes (my wife has a thing about them).
9. And finally, despite our strict no cats in the bedroom policy, I note that I can also see our much-loved moggy. On its last trip to the vet, The Cat tipped the scales at a whopping 8.8kg, a weight that would be excessive for two cats, let alone one. Despite our efforts to slim it down, The Cat is now so large that it is almost visible from space, so it can usually be spotted no matter where I'm sitting.

In eight minutes? Um... perhaps some good French bread, Bavarian ham, with brie and butter and wine… That would take me at least eight minutes to prepare. Or, if you’re in a hurry, I could probably drive to the local chip shop in less than five?

I've taken the liberty of including some people who are no longer with us...
1. J R R Tolkien. We’d go to the Eagle & Child in Oxford, where Tolkien’s own creative writing group The Inklings met, and I'd bore the great man rigid with countless questions. He'd be disappointed that so few of them were about the Elvish language he created.
2. Agatha Christie. Between Poirot and Marple and Tommy & Tuppence, I probably know more of her stories than any other author's. It'd be wonderful to sit down with her on the terrace at Burgh Island and discuss her writing.
3. Douglas Adams. I actually sat next to him in a pub near Earls Court once, but chickened out of speaking to him when I couldn’t think of anything witty to say.
4. Richard Feynman. If you've never done so, watch some of the physicist's lectures of YouTube. He had a wonderful way of viewing the world, and there's a compelling enthusiasm for life in his words, despite the things he worked on in his early career.
5. Annie Leibovitz. As a keen amateur photographer, I've admired her work for years, and she's met so many amazing people in so many different situations that she must have some great stories to tell.
6. Barack Obama. It’s impossible to get an unbiased view of political figures because their supporters and detractors skew the truth, so I think having a quiet beer with him would be the best way to get to know the man.
7. My biological mother. I was adopted at a very young age, and had a wonderful, loving upbringing, but I suppose there’s a natural curiosity about what my other mum is (or maybe was?) like.

1. Music. I listen to music a lot: when I work, when I write, in the car. Sadly, few people share my musical tastes.
2. Social media. Okay, I know it sounds a bit naff, but I do spend far too much time checking Twitter (@fergusmcneill in case you were wondering) and Facebook. I have no idea why this should be, as I remember getting along just fine in the days before them.
3. My iPhone. I call or text my family a lot through the course of a normal day so I'm never without my phone and, being absent-minded, the reminder alarms are hugely useful. I use it as a notepad for jotting down story ideas and it’s my go-to device for music and social media (see above).
4. Coffee. Not instant coffee, though. That's a different drink altogether.
5. Camel Blue. Although I'm sure I could live without them (and would probably live longer without them) I've yet to give up smoking. My fictional detective DI Harland has the same problem, so perhaps we'll quit together some day.
6. Lord Of The Rings Online. A geeky choice, but an honest one. LOTRO is a multiplayer online game that I started playing in 2008... and I'm still playing now. I guess that says something about my addictive nature.

1. Schadenfreude – I love that the Germans have a word for this. We should have a word for 'the relief felt in remembering someone's name when you've been talking to them for a few minutes with no idea who they are then suddenly have to introduce them to a third party.'
2. Naked – it's one of those words that can jolt you to attention, but it has so many different connotations: alluring, vulnerable, defiant ...
3. Wept – a wonderful word, it's like sobbed or cried but somehow the feeling is more profound.
4. Brave – a word I write rarely because I don't want to diminish it through overuse. I love when it's applied to people we might otherwise consider weak or fragile, when it tells of overcoming some personal fear.
5. Nodded – according to my copy-editor, characters do far too much nodding in my early draft manuscripts. It's an addiction I have. Like smoking. Or playing Lord Of The Rings Online.

1. Fintry is the tiny village in Scotland where I grew up. It's beautiful, lying in a valley between towering, craggy hills, from the top of which you can watch the sun set over Loch Lomond.
2. Venice would be a great place to lose myself for a while. I've been there a number of times in summer, but I'd love to see it wreathed in the cold mists of winter, then stay on for the carnival.
3. St Anton is a small Alpine resort town in Austria. In summer, it's a quiet haven, where you can bask in glorious sunshine, then take the cable car high above the permanent snow-line to stand on the peak of a mountain.
4. Charlestown is in Cornwall, a little village in a secluded bay with an old stone harbour, quiet beach and caves. It's like something from a Famous Five novel, and I always expect to see Uncle Quentin in the quayside pub.

I have a terrible habit of buying books then not reading them for ages, but three noteworthy recent books are:
1. Raven Black by Ann Cleeves – brilliant writing, that transports you to the heart of a great mystery in a remote Shetland setting.
2. Lexicon by Max Barry – this was a gift, but what a gift! One of the most compelling and thrilling books I've come across. Don't let anyone tell you anything about it, just read it.
3. Lord of the Rings by J R R Tolkien – I bought it again recently so I could have it on my Kindle, then accidentally started reading and got drawn in once more. I love that it's a story about sacrifice and I love the bittersweet ending.

1. One thing that genuinely gets me ranting is intolerance – specifically, intolerance of people with different views or beliefs. Whether you're politically left or right, whether you're an atheist or have faith, there's no reason we can't get along with each other. The only thing to be intolerant of is intolerance itself.
2. On a lighter note, I feel we need to do all we can to stamp out the greengrocer's apostrophe – the mistaken belief that "if it's plural and ends in 's' then it needs an apostrophe stuck in there somewhere." Whenever someone makes a sign advertising Apple's or Ice Cream's they're not just wasting ink, they're wrongly educating passers-by and perpetuating the problem. We need better education, and maybe some sort of celebrity telethon, to end this cycle.

Treat all of your girlfriends with respect – you’ll be spending the rest of your life with one of them.