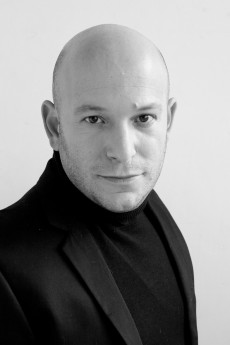 Dror Mishani was born in 1975 in Holon, a suburb of Tel Aviv, and spent the first 20 years of his life planning to escape it. When he finally did, he lived and studied in Jerusalem (Law and literature) and then in Paris (French and how to be alive), where he also discovered and fell in love with crime fiction.

He used to be a literary critic, editor, translator, and almost wrote a PhD on the history of detective fiction, while all this time dreaming of writing his own detective. In 2011, in a village near Cambridge in the UK called Impington, he finally looked this dream in the eye – and wrote The Missing File, the first in a series featuring police inspector Avraham Avraham, who lives and works in Holon, the same suburb Dror was trying to escape, which proves that setting yourself free is harder than it seems.

Since then Dror has written two more novels in the series and a standalone novel, Three, and is teaching Literature in Tel Aviv University. He lives in Tel Aviv with his wife Marta and two children, Benjamin and Sarah.

"My unhappiness is due to being deprived of it" (Kafka)

The neighbors' bedroom, a poster of an old film called Maigret Voit Rouge with Jean Gabin, a carpet, a figure in the carpet, the most important part of my library (the one with crime fiction), an old couch I really have to throw away, a black and white photo of my dad and I when I was three years old, What Happens in Hamlet by John Dover Wilson, a generous slice of very clear blue Mediterranean sky.

I can make it in less than eight! A freshly sliced salad from a handful of cherry tomatoes and one onion, with a dressing of olive oil, lemon and salt, and on top of it a generous portion of tahini.

Not all of your dreams will come true, but still, life will be so much better.