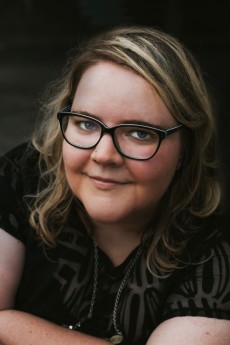 Kristen Lepionka grew up mostly in a public library and could often be found in the adult mystery section well before she was out of middle school. Her debut novel was The Last Place You Look, featuring PI Roxane Weary.

Her writing has been selected for Shotgun Honey, McSweeney's Internet Tendency, Grift and Black Elephant. She lives in Columbus, Ohio, with her partner and two cats.

Eggs (over-hard), with cheese and salsa. Boom, done. Alternately: the French bakery down the street from me. I’m better at buying a meal than making one.

Racism
Donald Trump and anyone who supports him

It’s okay to be weird. Someday, someone will love you for it.