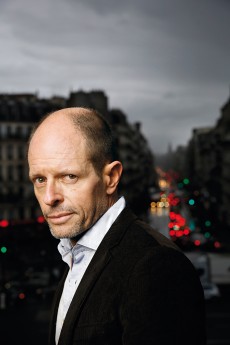 Bernard Minier grew up in the foothills of the Pyrenees in Béziers and chose the area as the setting for his prize-winning first novel, The Frozen Dead. He was a prodigious reader as a child and was drawn to books that had a map at the beginning (Stevenson’s Treasure Island, Verne’s L’Ile Mystérieuse, Tokein’s Lord of the Rings). He studied in Tarbes and Toulouse and now lives with his family in L’Essonne in the Ile de France.

After university he joined the French customs service where he worked for 30 years. Minier has written since he was an adolescent but had to wait until just after he turned 50 before he was encouraged to send his manuscript to a publisher. His debut novel, The Frozen Dead, published in France in 2011, is set in the depths of winter in the Pyrénées. It was shortlisted for six prizes and won three, and was translated into 15 languages.

Totally different from my former life and started when I was in my 50s.

A father who watches his son from the step of the toilet.
A steward who is upset that he doesn’t have croissants only muffins (I hate muffins).
A woman with severe features doing a crossword.
A man stretched across three seats with grey slippers and white socks.
A young man sleeping with his head against the window, hood up.
The sun’s rays flooding through the left hand side of the cabin.
A sea of clouds.
My laptop on the table in front of me.
A glass of Rioja.
(You will have guessed that I’m sitting in a plane)

Four minutes to cut (with a special knife) fine slices of Bellota ham and Manchego cheese, a trickle of olive oil, some good country bread rubbed with tomato, a glass of strong Ribera del Duero and four minutes to enjoy it all.

London (I adore the London of Martin Amis, Zadie Smith, Hanif  Kureishi, Will Self, Jonathan Coe and Ian McEwen), Prague, New York and Graus (which is a small village in Spain in the Pyrenees).

The Son by Jo Nesbo.
1001 Books You Must Read Before You Die.
The Fight by Norman Mailer for a friend who adores boxing and who is, herself, a real fighter.

People who are full of certainties and ideologues (often the same people).

Your dream will come true but much later than you would have anticipated.