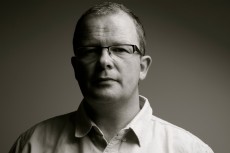 Brian McGilloway is the author of the Inspector Benedict Devlin and DS Lucy Black series. He was born in Derry, Northern Ireland. After studying English at Queen’s University, Belfast, he took up a teaching position in St Columb’s College in Derry, where he was Head of English before he moved to writing full-time. In 2014, Brian won BBC NI's Tony Doyle Award for his screenplay, Little Emperors, an award that sees him become writer in residence with BBC NI.

Detective Sergeant Lucy Black and her reformed alcoholic DI Tom Fleming become involved in a series of apparently unconnected events which eventually lead them to corruption and murder.

Detective Lucy Black of Northern Ireland’s Public Protection Unit is called in to identify the body of a dead teenager. Someone is preying on vulnerable girls and Lucy needs to find a missing teenager before she too ends up dead.