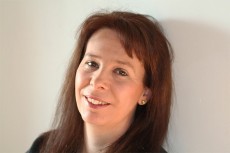 Helen Grant was born in London and showed an early leaning towards the arts, having been told off for writing stories under the desk in maths lessons at school. She went on to read Classics at St Hugh’s College, Oxford, and then worked in marketing for ten years to fund her love of travelling. In 2001, Helen and her family moved to Bad Munstereifel in Germany. It was exploring the legends of this beautiful old town that inspired her to write her first novel, The Vanishing of Katharina Linden, which is set there. Helen now lives in Scotland with her husband, two children and two cats.

Veerle De Keyser is being hunted and she knows it. But how can a man who’s meant to have died first in prison and then in a fire at a ruined castle be in a position to threaten her now?

The Demons of Ghent

People are falling from the tops of buildings in Ghent. Did they fall or were they pushed? Veerle suspects the latter might be true, but she’s already in enough trouble at home and really shouldn’t get involved.

Reviewed on 20 September 2014 by Linda Wilson

Veerle longs to escape from her controlling, neurotic mother and the boredom of life in suburban Brussels. A secret society devoted to exploring hidden places provides exactly what she needs, but it also brings danger.