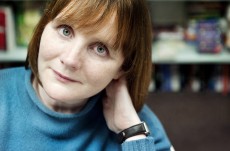 Sarah Hilary has worked as a bookseller, and with the Royal Navy. She now lives in Bath, where she writes copy for a travel publisher. Her debut novel Someone Else’s Skin was a Richard & Judy Book Club bestseller and won the Theakstons Old Peculier Crime Novel of the year in 2015. The best advice Sarah ever read was in a butcher's shop: 'Please do not sit children on the bacon slicer. We are getting a little behind in our orders.'

While DI Marnie Rome and DS Noah Jake investigate a seemingly random series of violent attacks in London, Marnie also has to come face to face with the demons from her own past.

DI Marnie Rome and DS Noah Jake are faced with a sinister case of discovering who left two young boys to die in an underground bunker in a back garden.

DI Marnie Rome and DS Noah Jake are called to a women's refuge where a man has been stabbed. What they find turns all their expectations upside down as the violence escalates.

Reviewed on 22 February 2014 by Sharon Wheeler