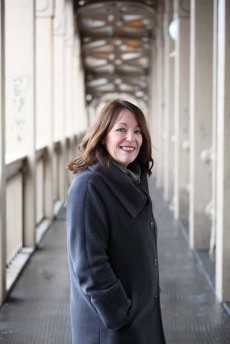 Mari Hannah was born in London, and now lives in a small Northumberland village with her partner, a former murder detective. She became a writer after her career as a probation officer was cut short following an assault on duty. Her DCI Kate Daniels series has been optioned for TV by Sprout Pictures, a production company owned by Gina Carter and Stephen Fry. Mari’s first standalone thriller, The Silent Room, will be published in November 2015.

A stabbing in Newcastle city centre comes as a shock to DS Frankie Oliver when the victim turns out to be someone she knows.

When the body of a fourth woman is found on a railway line, DCI David Stone and DS Frankie Oliver have a strong suspicion that a serial killer is at work. On top of that, someone on their team is leaking information to the press.

Reviewed on 10 November 2018 by Linda Wilson

A ten-year-old boy goes missing and there are discrepancies in his stepfather’s version of events. DI David Stone and DS Frankie Oliver know that the first 24 hours in any investigation of this type are vital and the pressure soon mounts.

An investigation into a macabre hanging on an ancient gallows thrusts DCI Kate Daniels’ private life firmly into the spotlight.

A Special Branch officer, believed to have gone rogue, is taken from a hijacked prison van after being refused bail. Most believe DI Jack Fenwick has been sprung by his dodgy mates, but his former sergeant believes he’s been taken against his will and is an innocent man.