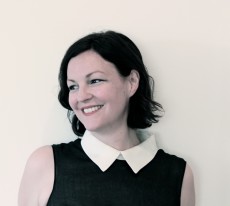 Rebecca Denton spent most of her teenage years sneaking into gigs, trying to befriend cool people, drinking $4 jugs of beer at the Empire Tavern and dreaming of working in music.

After a brief stint in radio, she moved to London and spent her career travelling the world making Music TV for MTV and Channel 4, and wrangling young adult audiences for the BBC and ITV. She’s filmed Iggy Pop, MIA, Kaiser Chiefs, Sonic Youth, Jack White, Dirty Pretty Things and The Klaxons, to name just a few.

She now lives in Hackney and Austria, freelances in TV and writes YA novels and horror movie scripts.

Seventeen-year-old Frankie is in a punk rock girl band with her best friend. To succeed in the music industry takes hard work, and that isn’t something Frankie is good at.

Alexia Falls chucks in a chance of college in the US to follow her heart to London and take an internship at a production company. But money worries lead her down a dangerous path.