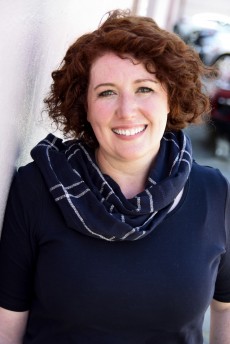 Jane was born in Manchester in the UK and moved to Australia with her family at the age of eight, where she became an Australian citizen.

Returning to the UK with her family as a teenager, she lived in Hampshire before studying English and History at the University of Kent in Canterbury.

On graduating, she completed a journalism entry qualification and got her first reporting jobs on the Darlington & Stockton Times in County Durham and the Hull Daily Mail in East Yorkshire.

Moving back to Australia in 2008, she later took up a reporting role with the Herald Sun in Melbourne.

In 2014, Jane wrote a short story which was one of 12 chosen for the Big Issue's annual Fiction Edition.

That inspired her to pursue creative writing more seriously, breaking through with her debut Australian mystery novel, The Dry, in 2016. This was followed by Force of Nature and The Lost Man.

Jane lives in Bayside, Melbourne with her husband and daughter.

The death of Australian outback farmer Cameron Bright brings his estranged brother Nathan back to the family home, where there are plenty of unresolved conflicts.

Five women trek into the bush on a company away-day. Only four of them make it out.

Reviewed on 01 September 2018 by Linda Wilson

Policeman Aaron Falk returns to his rural hometown for the funeral of a childhood friend and family. But Falk’s investigation into the recent killings is complicated by another death long ago.