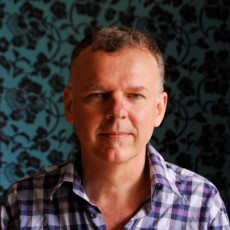 Before becoming a crime writer, William Shaw was a music journalist and the author of several non-fiction books including Westsiders: Stories of the Boys in the Hood, about a year spent with the young men of South Central Los Angeles, and A Superhero For Hire, a compilation of columns in the Observer Magazine.

William started out as assistant editor of the post-punk magazine ZigZag, and has been a journalist for The Observer, The New York Times, Wired, Arena and The Face.

His trilogy of detective books is set in late 1960s London against the cultural and political revolution of the times, and features DS Cathal Breen and young constable Helen Tozer. A Song from Dead Lips was picked by Time Out as one of the crime books of 2013.

DS Alex Cupidi is on gardening leave, suffering from PTSD and panic attacks, an unwilling attendee at therapy sessions. When a couple are killed in a seemingly random and meaningless attack, the tangled case might just be a step too far for all those involved.

When an unidentified naked body is found in a freezer, the case is handed to DS Alexandra Cupidi. Then a second body turns up and the case gets even more complicated.

DS Alexandra Cupidi is about to learn that the Kentish Fens offer more than quiet and seclusion after the tumultuous Met. They are the almost perfect hiding place for bodies.

Reviewed on 18 January 2020 by Kati Barr-Taylor

Two youngsters steal a phone – whose owner is willing to kill to recover it. DS Alex Cupidi, tasked with solving the mystery of a decomposing arm in an art gallery exhibition, uncovers a link between the crimes.

Sympathy for the Devil

A prostitute with an influential client list is murdered. DS Cathal Breen finds himself blocked as the case assumes international importance. Meanwhile, his pregnant girlfriend, former WDC Helen Tozer, brings her intuition to the investigation – wanted or not!

Sgt William South is happy with being a community bobby amidst the bleak landscape of Dungeness. And he has very good reason for not wanting to be on a murder enquiry.

Reviewed on 20 August 2016 by Sharon Wheeler

A Book of Scars

DS Cathal Breen is recovering at the Devon farm of his former partner Helen Tozer, whose sister was murdered five years before. When a second killing copies the style, Breen and Tozer investigate – and uncover secrets from the past.

DS Cathal Breen is assigned to the murder of a young girl near the famous Abbey Road recording studios. He is given a young and impulsive temporary female DC as an assistant and together the pair follow a series of clues which lead them from the Beatles’ fan club to an African conflict in which millions are dying.