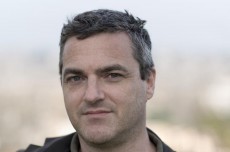 Conor Fitzgerald has lived in Ireland, the UK, the United States and Italy. He has worked as an arts editor, produced a current affairs journal for foreign embassies based in Rome, and founded a translation company. He is married with two children and lives in Rome where his Commissario Alec Blume novels are set.

Commissioner Alec Blume takes a break with a course on Bach Flower Remedies in Monterozzo, but the discovery that he is a policeman from Rome stirs up some activity related to cases of missing persons.

Reviewed on 21 February 2015 by Chris Roberts

Commissioner Alec Blume investigates the killing of a witness to a shooting of a woman responsible for a bombing decades earlier.

Reviewed on 30 November 2013 by Chris Roberts