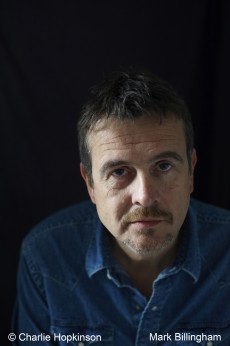 Mark Billingham was born and brought up in Birmingham. He worked for some years as an actor and as a stand-up comedian. His first crime novel, Sleepyhead, was published in 2001. Apart from the London-based Tom Thorne series, which have been adapted for TV, Mark is also the author of two standalone novels, as well as a series of children’s thrillers, Triskellion, written under the pseudonym Will Peterson. Mark lives in London with his wife and two children.

A seven-year-old boy has gone missing while playing with a friend in a wood next to a park, with his mother nearby. A police officer is determined not to have another child’s death on his conscience.

The usually strait-laced DI Nicola Tanner teams up with archetypal maverick DI Tom Thorne to investigate a series of killings.

When a member of a therapy group is murdered, DI Nicola Tanner finds the resulting wall of silence hard to penetrate.

Reviewed on 17 September 2016 by Linda Wilson

Two children are missing from Polesford and hopes of finding them alive are rapidly fading.

Tom Thorne, newly reinstated to the murder squad, gets landed with a job that he really doesn’t want: accompanying psychopathic murderer Stuart Nicklin to a remote island off the Welsh Coast to look for the body of his first victim.

Tom Thorne, now busted back into uniform, is convinced that there’s more to a cluster of deaths among the elderly than simply suicides. But he’s the only one who wants to investigate further.

Reviewed on 20 September 2013 by Linda Wilson